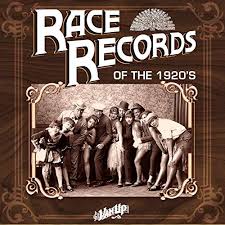 The 1930s to the 1940s were an alive time thanks to the creation of Blues music. This particular genre of music was founded in the Mississippi Delta. Personally, I believe Blues music, although it is highly celebrated and full of many catchy songs, was a horrible time for black people. Black men especially, due to the threat to white artists being black men there was a lot very demeaning. While black women were allowed to perform as themselves, black men had to dress as clowns and do embarrassing dances. Female, black, artists like, Bessie Smith brought some issues of the role women held in life, black women especially. She sang about topics like domestic violence and fighting back and was a very popular and celebrated black, blues singer. The blues period introduced the idea of twelve bar blues music, one of the most prominent chord progressions in popular music even today. Race Records was also something created in this time period, black music for black people made my black people. W.C. Handy was also another prominent person of this time period. Known as the father of the blues, he is most known for writing his songs and selling his sheet music. Unlike original negro spirituals where, white people made money off the negroes’ music by writing it down and selling the sheet music.