Who Is The Belleville Three 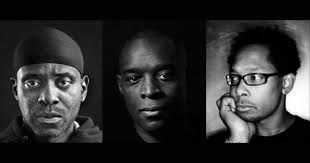 The Belleville Three is made up of three men by the names of Juan Atkins, Derrick May and Kevin Saunderson and these Detroit musicians are credited with creating Detroit techno. All three met each other at went to Belleville High School in Belleville, a small town outside of Detroit, where they attended and were among the few black students in the entire school. The three friends listened to and were influenced by artists like Kraftwerk, Parliament, Prince, the B-52s. Juan Atkins purchased a synthesizer and later taught the other two how to DJ. By 1981, a Detroit radio personality had started playing their mixes they’d recorded.

What Is Techno? And How Did The Belleville Three Influence It?

Techno is a very prominent sound in today’s electronic music. Detroit Techno’s rhythms has found its way into clubs everywhere and techno artists perform at the biggest dance music festivals across the globe. The three had a fascination with the future and machines and that fascination can be heard in their music. Juan Atkins is often referred to as the “Godfather of Techno” and he had formed a group called Cybotron with their first single being “Alleys of Your Mind” in 1981. Atkins then recorded a solo project under the name Model 500 on his own independent label, Metroplex.  Derrick May released the seminal “Strings of Life” under the name Rhythym is Rhythym and Kevin Saunderson worked with a vocalist named Paris Grey as Inner City. They released singles like  “Good Life” and “Whatcha Gonna Do With My Lovin” that expanded techno music’s reach to the world.