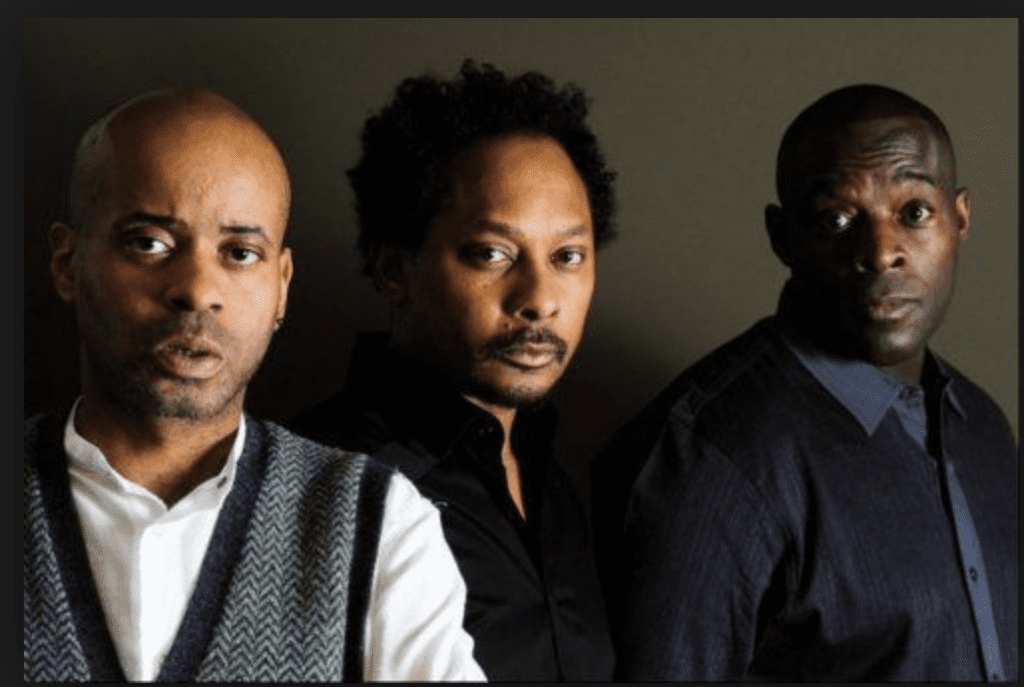 The location of Belleville was key to the formation of the Belleville Three as musicians. Because the town was still “pretty racial at the time,” according to Saunderson, “we three kind of gelled right away.” The rural setting also afforded a different setting in which to experience the music. “We perceived the music differently than you would if you encountered it in dance clubs. We’d sit back with the lights off and listen to records by Bootsy and Yellow Magic Orchestra. We never took it as just entertainment, we took it as a serious philosophy”.Belleville was located near several automobile factories, which provided well-paying jobs to a racially integrated workforce.

The three teenage friends bonded while listening to an eclectic mix of music: Kraftwerk, Parliament, Prince, the B-52s. The electronic and funk sounds that influenced the Belleville Three came primarily from a 5-hour late-night radio show called The Midnight Funk Association, broadcast in Detroit by DJ Charles “Electrifyin’ Mojo” Johnson on WGPR. Juan Atkins was inspired to buy a synthesizer after hearing Parliament. Atkins was also the first in the group to take up turntables, teaching May and Saunderson how to DJ. 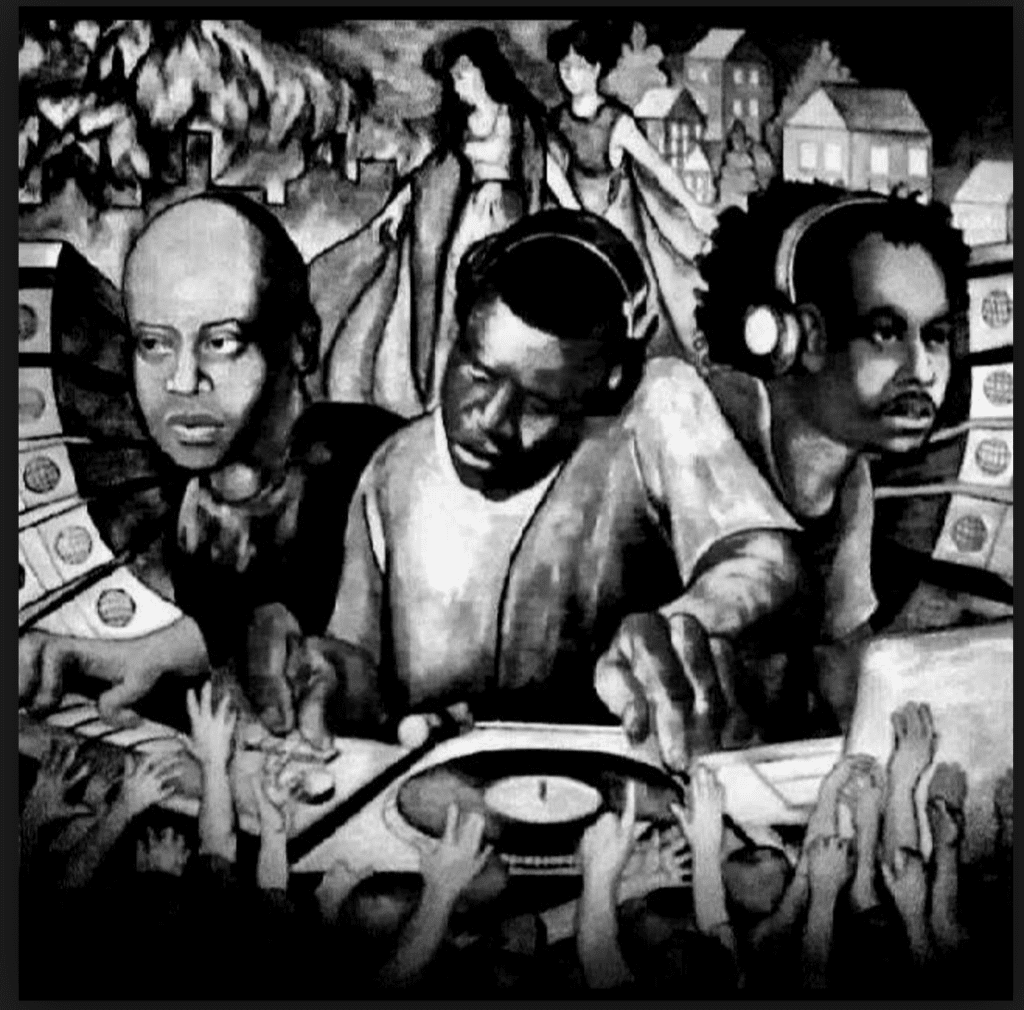 in 1988, music entrepreneur Neil Rushton approached Juan Atkins, Derrick May and Kevin Saunderson about licensing their music in the UK. The three agreed to the deal and to separate the musical movement from house music that was emerging from Chicago, they chose the name ‘techno’ for their signature style.  The term originated from early Cybotron days; Atkins’ group had released a single called ‘Techno City’ that helped to define the sound.

Where Are They Now?

the first time The Belleville Three re-united and played as a group with this moniker was at Awakenings 2010. Since then, they’ve decided to focus more energy on the group and can frequently be seen performing at clubs and festivals across the globe. The Belleville Three are musical pioneers who invented a fresh new sound that continues to inspire DJs, producers and fans around the world. It’s worth digging in the crates to find the records these producers created that defined Detroit Techno.