According to the article African American music has always been hard to understand. From my interpretation of the article, Black folk music originated from “work songs” which were sung while slaves were working on the field. “Work songs” are also known as call-and-action songs, which was a slaves way of communicating information to one another.

Around the 1970’s hip-hop (a branch of folk music) was developed. Hip-hop gave an upbeat flow to folk music. In the article it states how the melody of hip-hop music came from African drum calls from the past to contemporary dance music. The lyrics of hip-hop music let artists express how they felt.

Black folk music artist used topics such as governmental issues, social equality, and education, to connect music with their audience. 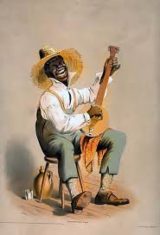