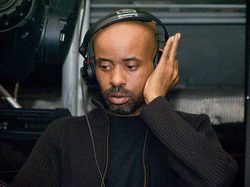 The Electrifying Mojo, aka Charles Johnson, was an eclectic and influential Detroit radio DJ during the 80s. He was a legendary and mysterious late night radio personality who had the freedom to play widely different types of music. His show exposed Detroit residents to the type of unusual sounds that would come to define the Techno genre. Mojo did not adhere to any traditional black genres — R&B, soul, gospel. Instead he explored new genres, which garnered him a racially mixed fanbase.

Each of Mojo’s shows began with an ethereal “Landing of the Mothership,” which perfectly suggested the unpredictable and futuristic show that might ensue. Mojo catalyzed the burgeoning popularity of early techno music. Mojo’s show was devoted to exposing listeners to the sounds of Detroit’s underground. He was pushing a scene that would later be revered worldwide as the Detroit Techno Wave.