Techno originated in Detroit Michigan during the 1980s. Essentially, techno is the mixing of various types of African American styles of music/beats such as Electric Jazz, Funk, Chicago House music, and Electro. A group known as The Belleville Three created techno in the mid 1980s, the group consisted of Juan Atkins, Kevin Saunderson, and Derrick May. Techno spread from Detroit to Europe within three years of its creation. In Europe techno developed subgenres such ambient, hardcore, dub techno, and acid. The Belleville Three along with Blake Baxter and Eddie Fowlkes all attended Belleville High in the suburbs of Detroit and are responsible for making techno what it is today, they constantly emphasize the importance of promoting Techno on as social and cultural aspect of the African American different from any pre established. They went by various stage names such as Model 500, Flintstones, Magic Juan, Eddie “Flashin” Fowlkes, Reeses, Keynotes, and Kaos. A few other notable artists include Jeff Mills, Drexciya, Chez Damier, Carl Craig, Octave One and Mike Banks. 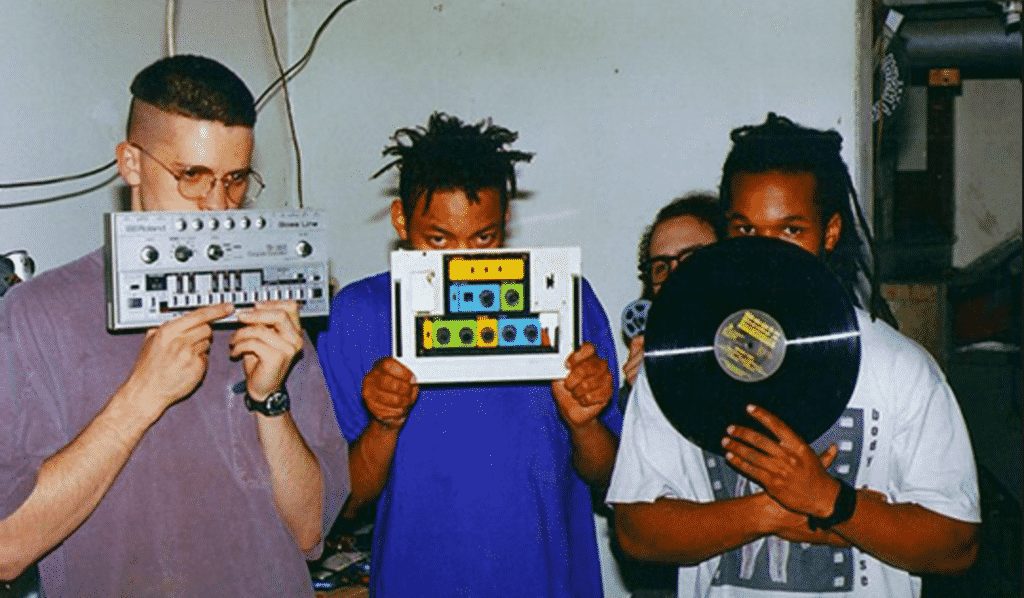