Techno is a defined as a form of electronic dance music originated in Detroit, Michigan during the mid 1980’s; it is a result of Chicago House Music, funk, electro, and electric jazz. The genre of music is produced through the art of DJing. Techno music was birthed in Belleville, Michigan by musicians Juan Atkins, Kevin Saunderson, and Derrick May also known as The Belleville Three. 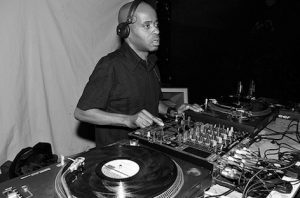 Juan Atkins was born on September 12, 1962 in Detroit, Michigan. He became a well-rounded musician at an early age as he learned to play bass, drums, and a little lead guitar. As a member of The Belleville Three, Atkins purchased  his first analog synthesizer and began recording with deck cassettes and later taught group members, Derrick May and Kevin Saunderson, how to mix. The trio was the beginning of their careers in the Techno Music industry. 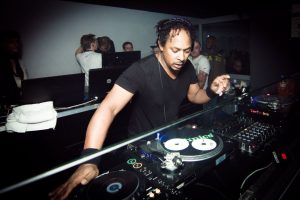 Derrick May was born on April 6, 1963 in Detroit, Michigan. He began exploring Electronic Dance Music at a young age. May’s began his production career after the release of his first record called “Nude Photo”. Subsequently, he produced the techno music anthem known as “Strings of Life”. Later, Derrick became a musical mentor to techno artists such as Carl Craig and Stacy Pullen. 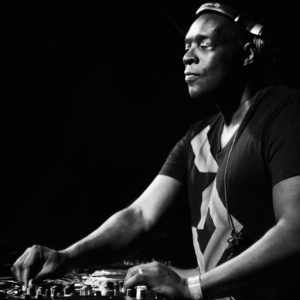 Kevin Saunderson was born on September 5, 1964 born in Brooklyn, New York and raised in Belleville, Michigan. After Atkins shared his techno expertise,  Kevin was able to make his first rectors “Triangle of Love”. Next , Saunderson founded “The E-Dancer project” which focuses on creating underground music and led to the start of his own recored label called “KMS”.