What is Jersey Club?

Jersey Club is a subgenre of techno/electro dance music that is known for its breakbeat style, heavy bass, rapid tempos,  adlibs, repetitiveness, call and response, and heavily chopped samples. Jersey Club songs often have corresponding dances to accompany the songs.

Jersey Club became an established genre in 1999-2000 when Dj Tameil, a Newark native, began to play Baltimore Club songs at the parties he hosted and established a style of his own based on elements of Baltimore Club. DJ Tameil joined forces with the  “Brick Bandits”, another prominent Jersey Club crew, and they became the pioneers of Jersey Club. 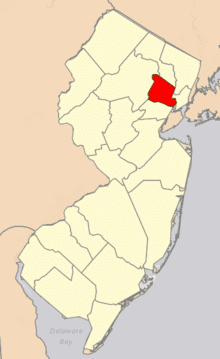 Much of the current Jersey Club music is being produced by the following Notable DJs:

Jersey Club started as a genre exclusive to Newark, but now has garnered international attention and following. Here are some examples of Jersey Clubs influence:

In 2016, two high schools students from Hillside, NJ created “The Running Man Challenge” in which they did the jersey club version of the running man to the 90s hit, “My Boo” by the Ghost Town DJs. This challenge went viral and had everyone from police officers to Chris Brown and Kyrie Irving doing the dance.

Jersey Club is also popular in Georgia and Florida, perhaps due to the growing migration of northern Black people moving to the south within the 2010s.

Jersey Club in New Zealand? VICE and BOSE are investigating why with their Seeds and Stems series