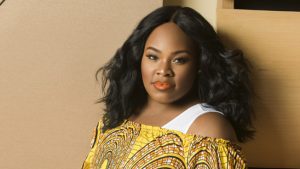 Natasha Tameika Cobbs was born July 7, 1981 in Jesup, Georgia. She is the daughter of Bishop Fritz Cobbs and Lady Bertha Cobbs who led Jesup New Life Ministries. Her career in music began at these worship services from her childhood well into her young adult years. In 2010, Tasha started her solo career, releasing her first independent album Smile which got the attention of record label Motown Gospel. On February 05, 2013 Motown Gospel released Tasha’s second album/EP Grace. This album landed on two Billboard list; Billboard 200 at No. 61 and Top Gospel Albums at No. 2. The EP ended up reaching No. 1 on the Top Gospel Album chart. In 2014, Bishop Fritz Cobbs, Tasha’s father passed away. She counted her career as she attended the 54th Grammy Awards. That night she took home her first Grammy for Best Gospel/Contemporary Christian Music Performance. She also won Gospel Artist of the Year at the 2015 GMA Dove Awards. In 2015, She also released her third album titled One Place Live consisting of 16 tracks. On March 3rd, 2017, Tasha married her long term love Kenneth Leonard where she had a private ceremony for family and friends. Kenneth’s three children were present at the ceremony to welcome Tasha into their family. Later that year, Tasha released her fourth album Heart. Passion. Pursuit.