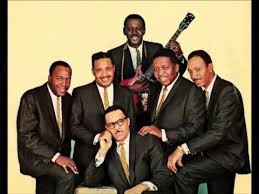 The Dixie Hummingbirds, and Jubilee Quartet What is a Jubilee Quartet? In the first half of the 20th century Jubilee-Qaurtet’s were very popular, they were religious African American music groups. It originated from the insitution Fisk University in 1871. The word Jubilee derives from the word yobhel which is Hebrew.  The Fisk Jubilee singers originally started the group to raise funds […]

What Sparked the Transition? The Great Migration took place between 1910-1920, in which Blacks from rural areas of the South migrated to the North in an effort to receive better educational and social opportunities. As a result of this migration, Black communities created an influx of personal religious, social, and economic opportunities. As The Great […]

Let the Spirit Move You: The Gospel Period of Jubilee Quartets

Let the Spirit Move You: The Gospel Period of Jubilee Quartets By the mid-1800s, society had gotten used to the slow and solemn Negro Spirituals, but they had no idea that Quartets were about to make their grand appearance. What would be considered a group of 4 singers in Westernized music, African American quartets were […]