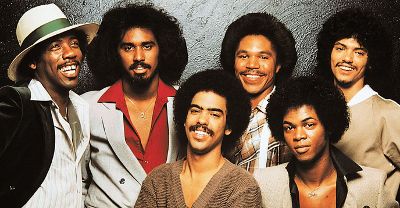 The R&B group Switch was formed in Ohio in 1976. The group consists of members Gregory Williams, Phillip Ingram (brother of James Ingram), Eddie Fluellen, Jody Sims,  Bobby and Tommy DeBarge (older siblings of the group DeBarge). The group was signed to Berry Gordy’s label Motown Records. Their songs were written by Williams, Bobby DeBarge and Sims, sometimes with the assistance of Jermaine Jackson who first discovered the group. The group broke up in the early 1980s. The group has since reunited, however they never released another album. Bobby DeBarge dies in 1995 at age 39 due to aids related complications, but all other members are still living.