Negro spirituals is a genre of music that was developed in America, and is the tap work/foundation for many genres to come like folk, jazz, and blues. The negro spirituals came a long becuase of what the slaves were taught about in the Old Testament, so these songs are sacred.  Even though the words in the songs are biblical they had a different meaning and held a very personal story to those who were singing these songs. Udine Smith Moore is an African-American women composer who focused on writing tradition and spiritual music because of her background of being a grandaugter of slaves & the music she grew up listneing to in church. In Moore’s lifetime, she would become an amazing composer who was focused on spreading the knowledge about spirituals and black music and an inspiration for many black women composers.

Undine Smith Moore was born on August 25, 1904, in Virginia. At the age of seven she started taking piano lessons from Lillian Allen Darden who encouraged her to attend Fisk University. During her time at college Moore studies piano and organ. In 1924 Moore was the first person from Fisk to be granted a scholarship to continue her studies at the Juilliard School. Although she turned down the scholarship, she continued her studies at Fisk and later went on to receive her Master of Arts in Teaching at Columbia University. Even though her studies were focused on the piano she preferred vocal arrangements.

Her Career in Music

After obtaining her Master’s Moore became a member of the music faculty at Virginia State University. As a member of the faculty, she co-founded the Black Music Center at Virginia State. The Black Music Center brought together leading Black composers, lectueres, and other musicians to the college. Moore noticed how black culture was everywhere in America, and wanted to highlight that. She did that by incorporating black music into her teaching and since the Virginia public schools had limited access to sheet music, she also composed and arranged songs to help highlight the strengths of her students. The Black Music Center stayed around until Moore’s retirement in 1972. Although this amazing program came to an end Moore’s music can still her hear to this day. 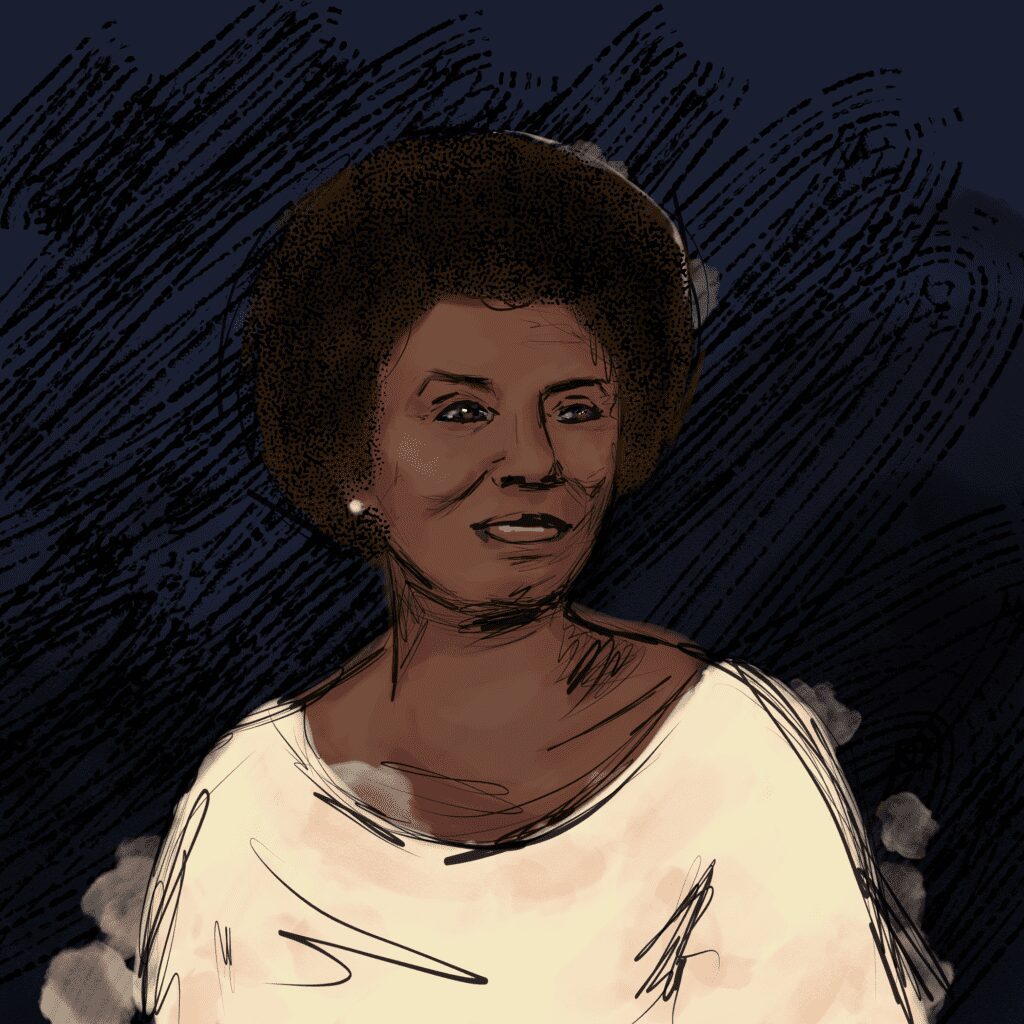 “[T]hough I have been ‘making up’ and creating music all my life, in my childhood or even in college I would not have thought of calling myself a composer.” ~Undine Smith Moore

During Undine Smith Moore’s lifetime, she composed and wrote over 100 pieces which range from spirituals and traditional songs that she was taught as a child. Although she has written many different pieces only 26 of them were published by the time of her death. One of her most famous works is “Scenes From the Life of a Martyr” a 16-part cantata to pay homage to Dr. Martin Luther King Jr. The piece used syncopation, harmony, call-response, and a little bit of hollering to emote the feeling of when Martin Luther King Jr. died. This piece went on to be nomiated for a Pultitzer Prize. Though Moore’s piece sounds more European than spiritual she was focused on incorporating the both of them together. So, her piece will have sections where she took verses from the bible & they have a double meaning and apply to the song “Scenes From the Life of a Martyr.” Another one of Moore’s pieces “Many Thousand Gone” is a piano piece that is based off the slave song “No More Auction Block for Me.”

The Detroit Michigan Symphony Orchestra playing an Exert from Undine Smith Moore’s “Scenes From the Life of a Marty”.

Moore was focused on integrating black music into European music so it wasn’t segregated and also have the music be more inclusive. She also wanted to highlight black music and black artist, and while that was her goal in life by doing that she also exposed the world to her compositions. Some refer to her as the “Dean of Black Women Composers”, but I think she was just a person who loved to share her gift of music with others and to help those learn more about it.