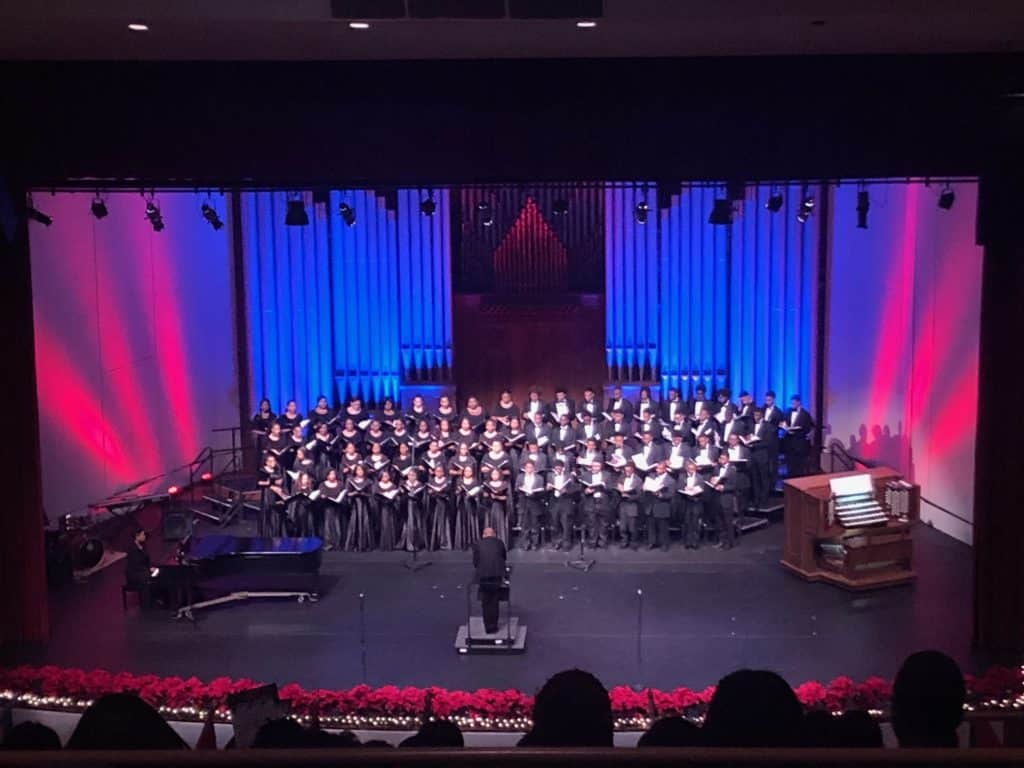 I did not think I was going to enjoy the Christmas Concert. I thought the glee club was going to sing traditional Christmas songs. The Glee Club from both colleges sung a variety of Christmas songs. A lot of the songs that I heard during the Christmas Carol, I never heard before. There were a mix crowd at the concert. It was so packed that I had to see in the balcony section. My favorite song that the Spelman Glee Club sung was Children, Go Where I Send Thee. I was shocked that someone had a rapping solo part. She did really well on her part. The glee members behind her start doing a clapping dance move. They were all in unison. There were some areas where the people were moving when they were not suppose to. I enjoyed listening to Joyce Johnson on the organ. I liked when the both glee clubs performed together. I could hear the variation in their voices.