The sibling vocal group behind the exemplary togetherness anthem “We Are Family” (1979), Sister Sledge reached their commercial peak during the disco era but had been recording since the early 1970s, and have remained active in the following decades. 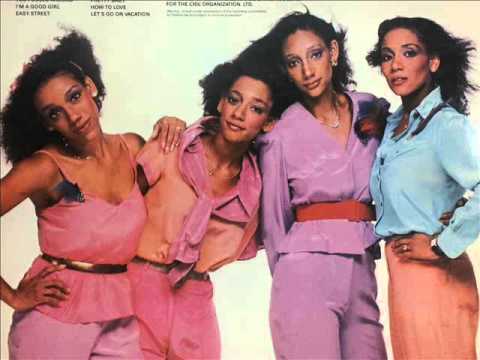 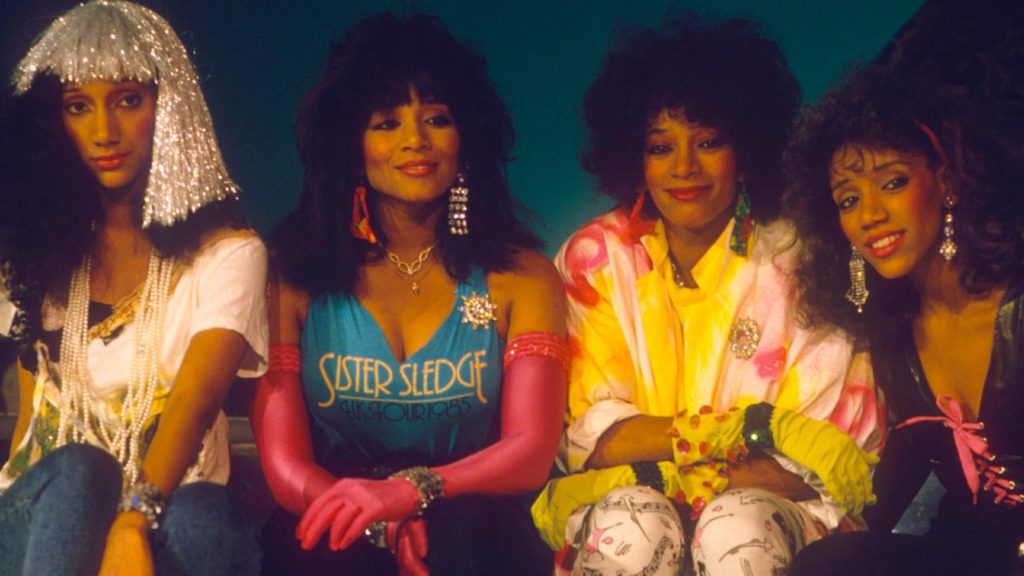 Having performed at church and school programs and at fashion shows and political events, North Philadelphia natives Sister Sledge got their commercial start in 1971, when siblings Debbie, Joni, Kim, and Kathy ranged in age from 12 to 16. They, are granddaughters of the former opera singer Viola Williams. Their professional music career launched when they entered the UK Singles Chart in 1975 with “Mama Never Told Me”. The young girl group released their first two albums, Circle of Love and Together in 1975 and 1977, respectively but, aside from scoring the Silver Prize at the 1975 Tokyo Musical for Gwen Guthrie‘s composition “Pain Reliever” and oft-recorded “Love Don’t You Go Through No Changes on Me,” Produced by Bert Deco and Tom Bell. The group attained pop success with their next album: 1979’s We Are Family. The album would become the group’s best selling. Singles included “He’s the Greatest Dancer” (#9 US, #1 R&B) and “We Are Family” (#2 US, #1 R&B), the latter song becoming their biggest hit. The album was written and produced by Nile Rodgers and Bernard Edwards of the group Chic.

Collaborating with producer Narada Michael Walden in 1981, they released the album “All-American Girls”, yielding the title track single, which reached No. 3 R&B and No. 79 Pop in the U.S. and No. 41 Pop in the UK; and the single “Next Time You’ll Know”, which reached No. 28 R&B in the U.S. The sisters continued singing new material throughout the 1980s and 1990s, although not matching the success of the late 1970s. They achieved a hit with “Frankie” in 1985 (#1 in the UK). In 1989 Kathy Sledge left the group to pursue her solo career. Joni Sledge produced and recorded the album “African Eyes” with her sisters Debbie and Kim Sledge in 1998 which was nominated for a Grammy as best produced CD, as well as the Live in Concert album in 1997. In 2003, Debbie and Joni Sledge performed with three other female singers which included Debbie’s daughters Amber and Camille in the PBS special, My Music: 70’s Soul Superstars, which is also available on DVD. 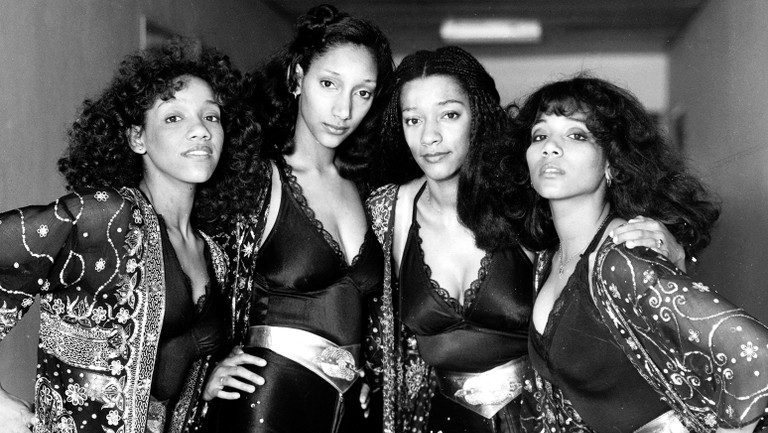 Sister Sledge recordings were sporadic thereafter. They included “World Rise and Shine” (a collaboration with Incognito‘s Jean-Paul “Bluey” Maunick for a 1992 anthology) and the adventurous Joni Sledge-produced album African Eyes (1998), followed the next decade by a post-9/11 all-star benefit version of “We Are Family” (2001) and the jazz-oriented LP Style (2003), amid assorted remixes and live recordings. Joni died of natural causes in 2017. Debbie, other Sledge family members, and Tanya Tiet have since tended to Sister Sledge‘s legacy on-stage.