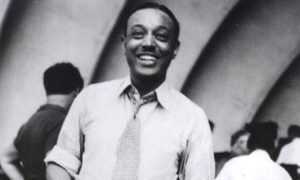 Still’s most notable work was that of the Afro-American Symphony. Written in 1930, and performed for the first time in 1931 in Rochester, New York, Still changed the narrative for African Americans in the Classical realm. The symphony is comprised of four movements: “Longing,” “Sorrow,” “Humor” and “Aspiration.” All said to be emotions of the African American experience. With a blend of jazz, blues and spirituals into a classical form, the world was allowed to see the lengths of music, when in the hands of other creatives. Still, probably intentional, gave way for the blues to catch it’s break in society. The blues, deemed a low class and vulgar music, was now able to gain respect from society.

William Grant Still’s legacy is remarkable both for the barriers he broke and the inventive works he wrote that blended European art music with African-rooted blues and folk music.