The King of Soul: Sam Cooke

Sam Cooke, originally a gospel singer, had a short-lived life filled with incredible accomplishments and an extraordinarily impactful career. At a young age, Cooke became fascinated with music and, more specifically the musical group, the Soul Stirrers; after graduating high school, he was able to join the group. During his six years of being a part of the Soul Stirrers, he was able gain exposure as an upcoming gospel musician. After releasing his first single, “Loveable,” his popularity began to rise even more, thus becoming what many call, the “Father of Soul,”.

Sam Cooke’s musical career was very fluid, for he switched from creating gospel like music to more soulful sounds, and he also crafted pop music despite the many criticisms of him doing so. Because of his range of being able to succeed in numerous genres, his talents led him to becoming an icon within African American culture and paving the way for many great artists to come. Cooke was also a prominent figure within the Civil Rights movement, and his song, “A Change is Gonna Come,” became one of the songs to be the voice for the movement. Sam Cooke’s impact on the gospel, soul, and pop genres is seen in the ways in which many artists coming after him are also seen following in his footsteps in using their voices to advocate for change. 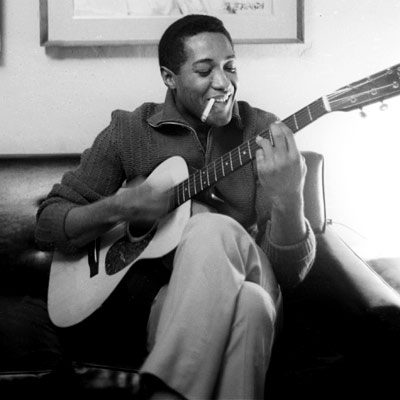 The significance of Sam Cooke is outstanding due to his incredible career and impact on the music industry. The soulful vocals of Sam Cooke will never be forgotten, for his legacy will be embedded in the genre of Soul music. I believe that although his time on this Earth was cut short, he was still able to make a significant impact through his music. Cooke was a civil rights activist and known as the “King of Soul,” which made him an incredibly influential man, especially because he was able to utilize his voice to speak on the issues that many African Americans experienced during the 1950’s and 1960’s. This iconic figure was incredibly important to the African America community, as well as the music industry, for his contributions will never be forgotten.