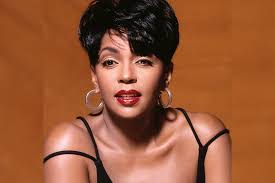 Anita Baker was born on January 26, 1958 in Toledo Ohio. When she was two, her mother abandoned her and Baker was raised by a foster family in Detroit, Michigan Baker’s talent first became apparent when she sang in church choirs in Detroit, where she grew up. When Baker was 12, her foster parents died and her foster sister raised her afterwards. By the time Baker was 16, she began singing R&B at Detroit nightclubs. After one performance, she was discovered by bandleader David Washington, who gave her a card to audition for the funk band, Chapter 8. She dropped out of college against her family’s wishes to pursue a singing career performing in nightclubs with local bands. She also joined the Funk group Chapter 8 where she toured for several years and recorded the number one hit ” I Just Want To Be Your Girl”. She was discouraged after her label was dropped by her record performing and ceased performing.

After being pursued by Beverly Glen Records (1983) she recorded a solo album that sold more than 300,000 copies and spent more than a year on the charts. After she moved to Elektra, she served as executive producer of her next album Rapture (1986), which won two Grammy Awards, and sold more than five million copies. It features the two hit singles “Sweet Love” and “You Bring Me Joy.” Her next album, Giving You The Best that I Got and their three month tour with Luther Vandross followed in 1988 and both won Grammy’s. She took a four year hiatus due to personal issues, but in 1994 she returned with the album Rhythm of Love. In 1996 she signed with Atlantic Records. After another hiatus she started performing again in 2002, and two years later My Everything appeared on the Blue Note label. She began to focus on touring and in 2018 she embarked on her farewell tour.

Her three octave range and powerful voice has brought her international acclaim in the 1980s and ’90s. She is one of the most notable names in the rhythm and the blues genre, her songs have broken records and are considered be essential to the R & B genre.

Influences on other Genres

Anita Baker’s music is often correlated with soul because of her deep, rich smooth alto voice. Her music is very melodic. Anita Baker is actually an R & B artists, especially in her prime years. She has influenced Soul and Gospel greatly and has helped shaped that unique sound.

During this time for African American we were just leaving the Funk/ Disco era where with Funk it was all about blackness so our pride was at an all time high. Then disco comes and it becomes more about the LGBTQ community and coming out. By the time, the 80s roll around we are kind of lost after the war and the riots across different cities. R&B proved to help the steadily increasing status of the Africa American as many whites loved the sound of R&B directly from the mouth of an African American artist. More and more African American artist, in the North, started to gain fame during this time period due to the popularity/demand of their music. This caused many record labels to open in the North, especially in Chicago on a street named South Michigan Avenue.