Ragtime, a uniquely American, syncopated musical phenomenon, has been a strong presence in musical composition, entertainment, and scholarship for a century. It emerged in its published form during the late 1800s and quickly spread across the continents from folk blues for 30 years.  Ragtime — A genre of musical composition for the piano, generally in duple meter and containing a highly syncopated treble lead over a rhythmically steady bass created by African Americans. A ragtime composition is usually composed three or four contrasting sections (aabbaccdd) or strains, each one being 16 or 32 measures in length.

Ragtime music promoted dancing which resulted in more dance halls being created. Ragtime was a general marketing scheme. John Stark, a Civil War veteran, was a memorable publisher during the Ragtime era. Stark met Scott Joplin in 1899 when Joplin demonstrated his kill on the “Maple Leaf Rag” he created. Stark published it and by 1914 “Maple Leaf Rag” had sold 1 million copies and Stark had amassed over 50 rags in his catalog. 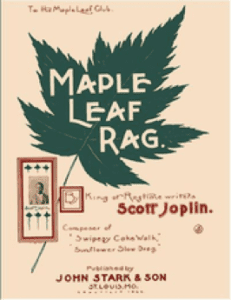 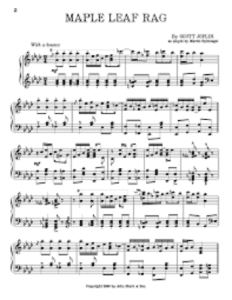 The Blues in its many forms can be said to be a product of Ragtime.  Both genres have harmonic identities. Ragtime is considered the Black Classical Music since it was the first printed music. It has a subtle and delicate taste, with graceful melodies and compelling rhythms.