The Ragtime era began in 1896 and lasted until 1920. It was popularized because of sheet music and the beats throughout the music. Regular people played ragtime and it is known taught so that people can learn how to play it. The main instrument used in ragtime was piano. Swing was known as a early form of jazz and ragtime mixed together. However, Ragtime became played out when jazz became popular. A popular dance in the ragtime era was the “Cakewalk”. In that dance, slave couples would dance for the masters at their houses. It was said that the dance was originated by slaves to mock masters and the winning slaves would get cake and candies as a reward. 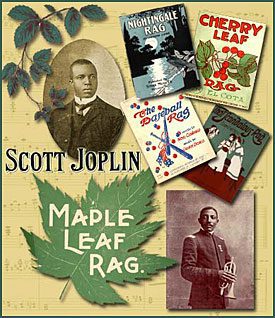 Some famous performers in ragtime included Scott Joplin who created the Maple Leaf Rag, composed in 1897. Another was Eubbie Blake.