Ragtime became popular and originated in 1896-1920. It “came into existence long before the music was given a name.” It is a popular music style and a practice that is applied to composing and playing popular song, dance, and instrumental music. It is secular music that formed from the folk genre. Ragtime was was mainly known for it’s upbeat also referred to as syncopation. Syncopation is when the upbeat is placed in between where it would naturally go. Instruments used were the piano and banjo.

During Ragtime there were performances called “Cakewalks” and “Coon Songs.” Cakewalks were get-together’s on plantations when slave owners would invite their neighbors to come over, and they would watch the slaves put on a performance dancing around imitating their slave owners. The winning couple would win a cake hence the name “Cakewalk.” There were also Coon songs which were performances that stereotyped an image of African Americans. White people would put on black-face and dance around and be comedic. The earlier songs were known as minstrel shows.

Ragtime was produced by African Americans. A lot of them did not know how to write sheet music, and Caucasians saw it as an opportunity to make money. Scott Joplin composed “Maple Leaf Rag” which was the first piece of sheet music to sell 1 million copies. It became so popular it made other musicians and music publishers want to produce rag sheet music and sell it. 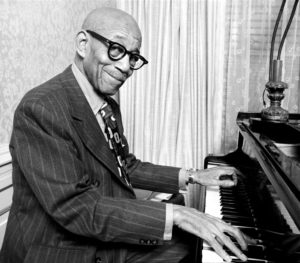 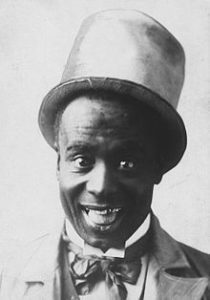 Ragtime influenced a lot of genres such as Blues, Jazz, Rock and Roll, and R&B. Ragtime heavily influenced Jazz. Jazz music is just like Ragtime. It has an upbeat except is just slowed down and use other instruments like horns and have vocals.

Ragtime is really great music. I love that it has that upbeat and makes you want to dance. A lot of African Americans that played Rags put a lot of heart and soul into it. That’s what makes me like it so much. Its has impacted genres like Jazz and to this day you can hear Ragtime music in Jazz. It is just slowed down. The only downfall about the Ragtime era was the way white people made African Americans look like fools with cakewalks, coon songs, and minstrel shows.