Ragtime is known for it’s incorporation of dance, song and syncopated instrumental music. Syncopation is the heart of Ragtime. The music evokes excitement and happiness. It encourages movement, which I presume led to the Cakewalk. The earliest recording of an African American was that of George Johnson. He recorded The Whistling Coon on the phonograph in 1891. As the twentieth century emerged a new kind of music evolved, Jazz. Jazz had a similar denominator as Ragtime, syncopation. Ragtime and Jazz began to be used interchangeably, proving that you couldn’t have Jazz, without the influence of Ragtime. 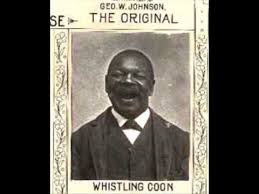 Ragtime was popularized during a rough era in history, in regards to African American livelihood. Racism was alive, well and flourishing as time went on. A brief understanding of the social implications of the time, can be summed up in a description of Coon Songs and Minstrel shows. Minstrel shows, performed by whites in blackface, or Blacks acting as whites in blackface, depicted African Americans in a lazy, dishonest, violent and sexual promiscuous manner. Coon Songs, contained lyrics that contributed to the stereotypical narrative being popularized at the time.

Ragtime’ s influence in Jazz is why I am so appreciative. Smooth Jazz is what I listened to on early Saturday mornings. Furthermore, the advancement of Jazz due to the impact and influence of African Americans creating Ragtime is unexplainable. African Americans have continuously found their way, through very troubled times. It is that reason, that my opinions of Ragtime, will maintain a positive outlook.