What even is it?

Ragtime erupted as a way of playing any kind of music by “ragging” the melody, a rhythmic trick which almost certainly originated with the African American plantation culture of the mid-1800s.

Plantation players would rag an entire melody from beginning to end. Thes first raggers were amateurs. Nothing was recorded or written down, so the origins of ragtime are difficult to trace.

In 1899, Scott Joplin’s  great hit “Maple Leaf Rag” was published and demonstrated more depth and sophistication than earlier Ragtime. Ragtime was one of the main influences on the early development of jazz. 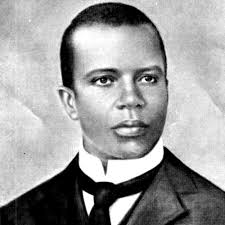 Scott Joplin is deemed the Father of Ragtime. Through his spectacular performances and outstanding compositions, Joplin presented the world a unique form of music that interwove classical structures and techniques with African American rhythms and melodies.

The result of white people?

The first exposure of African-Americans in the public eye was through black-face minstrel shows: a form of entertainment introduced by and for white entertainment. A minstrel show was composed of three various sections; the opening walk-around, the middle section, and the concluding section.

As white performers took on and impersonated black identity, many stereotypes were coined: Mammy, Zip, Coon, the Sambo, and the Brute Negro, among others. Ragtime was commodified through these performances as well.

Thomas D. Rice is known to be the creator of Black-Face Minstrelsy. He had an encounter with a homeless black man in an alleyway dressed in ragged clothes. After hearing the homeless black man singing “Jump Jim Crow”, a song and dance developed by slaves, Rice made a well thought out decision to  name his first black-face minstrel character “Jim Crow”.

Ragtime’s roots are in minstrel-show plantation songs, cakewalks, banjo playing, and black folk music; it also drew on, and recast in fresh ways, the chromatic harmonies of 19th-century European music.