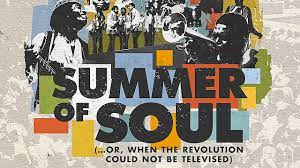 Harlem Cultural Festival Summer in 1969 and its Impact Culturally, Socially, and Religiously

The film “Summer of Soul” was about the Harlem cultural festival summer in 1969. It features festival footage that hasn’t been seen in over 50 years. Over 300,000 people attended this event. And with so much going on at the time, such as the deaths of influential people like Malcolm X and Martin Luther King, Jr., it was a welcome respite from the hardships of life for African Americans. Culturally Harlem was a safe haven for the black community. Since they were surrounded by their people, they felt they could truly be creative and have fun. Someone even stated in the film that the Harlem cultural festival summer in 1969 was an “Amazing concert in the park with a sea of black people”. It was the “ultimate black BBQ”.  Socially, the concert was a party atmosphere that including dancing and singing. Black people of all different ages attended. People sold things like food, clothes, balloons, and etc. The festival was sponsored by Maxwell House Coffee. Tony Lawrence helped with promoting the whole event. He got influential people like the mayor of New York City, John V. Lindsay, to come out. Additionally, Tony Lawrence got artists like Steve Wonder, The Chambers Brothers, B.B. King, Nina Simone, The 5th dimension, Papa Staple and the Staple Singer, and many more to come and perform. The Chambers Brothers came out with a lot of energy and swag. While The 5th dimension had a different energy. They weren’t jazz, but they weren’t pop either, which is why they had a hard time becoming accepted. They wore yellow and orange suits with red ties. Additionally, they announced B.B. King as the world’s greatest blues singer. Furthermore, musically, entertainment was changing at the time. Music was segregated so not all types of sounds were accepted. Religiously, songs like  “Oh Happy Day” were really popular at the time. However, the church was not too happy about it because they were a part of the pentecostal movement. The Pentecostal movement did not drink, dance, or agree with the party type of lifestyle. The black church began to change its praise styles as a result of this form of music. Gospel music had evolved into something more than just spiritual; it also became therapeutic.

A Deeper Dive into the Artist That Performed

Steve Wonder: Young Steve Wonder was the opening performance of the show. The energy of the crowd when he stepped out on stage was ecstatic. He sang “shoo-be-doo-be-doo-da-day” which is a soulful upbeat song. I enjoyed his performance and felt that it was a great way to kick of the concert.

B.B. King: He was the second performer and his introduction was different than all the other performances. They announced B.B. King as the world’s greatest blues singer. He performed “Why I Sing Blues”. I assumed the song would be slow and sad based on the title. However, it was the polar opposite. It had a catchy beat that made me want to get up and dance.

Edwin Hawkins Singers: They performed “Oh, Happy Day,” which served as an excellent introduction to the film’s religious themes. I enjoyed the performance and was taken aback by the song’s background. I had no idea that the song was not well received by the religious community.

The 5th Dimension: This group was probably the one that caught my attention and was the most memorable of all of the performances. They performed “Don’t Cha Hear Me Callin’ to Ya” and “Aquarius/ Let The Sunshine In”. Personally, I didn’t like the song because it isn’t my style of music, but I admire how they broke down musical barriers.

Sly and the Family Stone: Sly and the Family Stone was the most diverse group to perform. The group had men, women, and even a white drummer. They performed “Everyday People” and “Sing a Simple Song”. The group, like The 5th Dimension, was not universally accepted because they were unique. They didn’t fit into just one genre, but rather a mash-up of funk and soul.

David Ruffin: Because I genuinely love this song, this was probably my favorite performance. He performed “My Girl,” and the audience seemed to enjoy it because they sang along.

Max Roach and Abbey Lincoln:  Max Roach first sang “It’s Time” while playing the drums. Following this performance, Abbey Lincoln appeared and the two of them sang “Africa.” Because the song was about the black community and black power, it was a powerful piece.

Overall, my impressions of the concert were that music served as an outlet for many things for black Americans. They found music to be therapeutic because it allowed them to express their emotions through art. It brought the community together and aided in the discovery of new musical genres. I liked how the artists were able to express themselves both on stage and off. My favorite scene in the film was when David Ruffin sang “My Girl.” Not only do I love the song, but I also love how the audience participated. When I watched it, I felt a sense of community. All in all, I liked how the film switched back and forth between performances while explaining the artist’s backstory.

Commodification and its Connection to the Music Industry 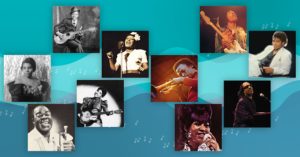 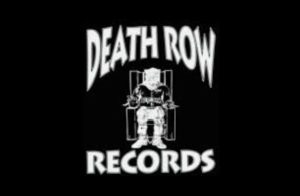 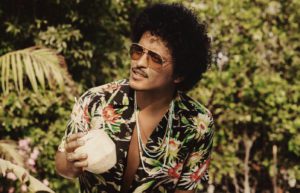 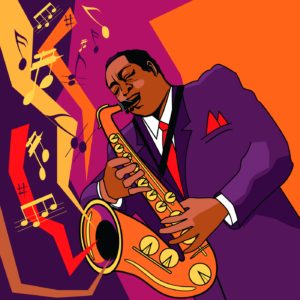