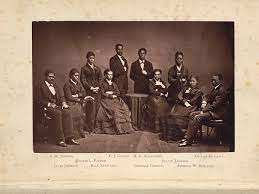 What is A Jubilee Quartet

The term “Jubilee” comes from the biblical phrase “Year of the Jubilee,” in which African Americans who had been slaves were set “free.” Jubilee quartets date from the mid-nineteenth century and are a hybrid of European quartet singing and African American singing. The jubilee genre arose from the Negro Spiritual, and it features religious texts sung at a quicker pace. Jubilee quartets, which arose from religious contexts, provided a basis for numerous religious singing ensembles. The first bass, second bass, first tenor, and second tenor were the standard members of the Quartets, which sang four separate harmonies. Even though the quartet meant four musicians, there were times when there were as many as six. During the early twentieth century, Jubilee Quartets were popular African American singing groups in the United States. Male or female singers conducted formal arrangements in near four-part harmony in these ensembles.

The Impact Of The Fisk Jubilee

During the transitional era, Jubilee Quartets assisted in the transformation of negro spirituals into gospel music. Quartets first appeared in the 1800s and were divided into three periods: Jubilee (1880-1929), Transitional (1930-1945), and Gospel (1880-1945). (1946-1949). The originial Jubilee Quartet was made up of four Fisk University students who created a singing group together. These four men, known as the Fisk Jubilee, used their vocal talents to finance their education from 1909 to 1916. The four players, Alfred King, who played first bass, James Myers, who played second tenor, Noah Ryder, who played second bass, and John Work II, who played first tenor, began a monumental movement that has become a standard for this musical genre among many other Historically Black Colleges and Institutions. 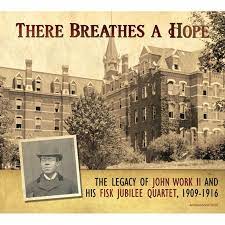 As the years went on, Fisk Jubilee began to gain more recognition and traction. More people were listening to their music and asking them to preform shows. After seeing how successful the Fisk Jubilee was becoming, many other HBCUs decided to create their own student led quartets within their music programs. These other schools were influenced because they saw how much money Fisk University was receiving because of the quartet. Hampton and Morehouse College were among the first schools to form their own jubilee quartets. The Jubilee Quartet was mostly male at the time, but as the years passed, women were welcomed to the world of the Jubilee Quartet. HBCUs have grown to the point that they now have competitive travel choirs and glee clubs for their whole student body to try out for. The Fisk Jubilee singers’ teachings are used by Spelman College’s Glee Club. The Fisk Jubilee created a movement that allowed even more African Americans to enter the world of music. 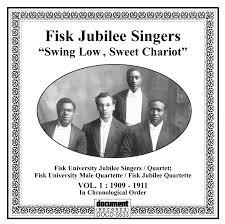 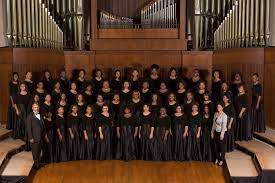