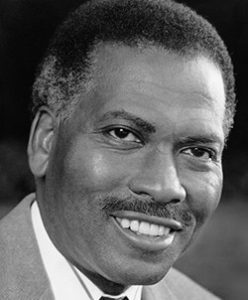 “My music is directly related to the struggle, in that it aspires to inform, motivate and humanize, my fellow men in their aspirations.” – Olly Wilson

Olly Willson, of St. Louis, Missouri, was a prominent African American classical composer of the 20th and 21st centuries. Wilson is most famously known for his integration of African, African American, and electronic music, into one cohesive westernized classical form. He is also known for establishing the TIMARA (Technology in Music and Related Arts) program at Oberlin Conservatory, the first conservatory program in electronic music. He graduated with a B.M. degree from Washington University in St. Louis in 1959, and earned an M.M. degree in music composition in 1960 from the University of Illinois. He earned a Ph.D. from the University of Iowa in 1964. Wilson studied African music in Ghana under one of his fellowships. While there, he was able to experience African musical tradition first hand. Wilson also distributed knowledge with students while teaching at  Florida Agricultural and Mechanical University, the Oberlin Conservatory of Music, and the University of California, Berkeley, where he served as chairman of the music department.

Wilson’s composition sorrow displays his incorporation of African roots. The call and response mechanism is used in delivery, as well as expression of sorrow which is also portrayed in negro spirituals.

Unfortunately, Wilson passed on March 12, 2018 after suffering from complications of dementia. His musical contributions and compositions still serve as inspiration around the world.