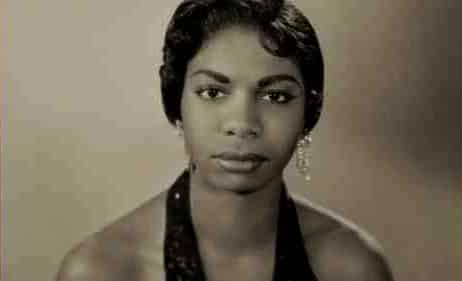 Nina Simone, whose original name is Euncie Waymon, was born February 21, 1933 in Tyran, North Carolina. Simone fought through Jim Crow Laws and bipolar disorder to become one of the most influential singers of the 20th century. She was the sixth of eight children. With that, she began playing the piano at three years old. She began to play at church at the age of seven. She gained attention from her mother’s boss and a  a talent scout. After being trained through her childhood she was sent to Juilliard the School of Art in New York. She was able to attend for close to two years until the money that was supporting her ran out.

After returning home she got a job to support herself and her family that had moved to New York to be closer to her. Euncie got a got a job at a bar in Atlantic City. To keep her job she was told that she was going to have to do a little more than play the piano. She had never sung before but when she flowed it came about soulfully. To keep the attention off of her, mainly due to her mother, she altered her stage name to “Nina Simone”.  She played on different shows like Huferner’s Playboy, but meeting and being actuaries with civil right leaders Malcolm X and Martin Luther King is what made her gain notoriety. After this, she became a committed Civil Rights activist. After such events, Nina had a blazing rage, prompting her to record “Mississippi Goddam”, which was not accepted by many but the black community. She is most famously known for “Strange Fruit” which was not her original work. Even so, her voice wrapped around the track depicting her hurt and anger for what black people were going through.

Nina had a range of music, all in which she created urgent emotional intensity with her voice. Her songs of love, protest, and black empowerment was sung in a dramatic style, with a rough-edged voice.  Despite her ill health, Nina continued to tour and perform up until her death in 2003.