The One and Only Nina Simone 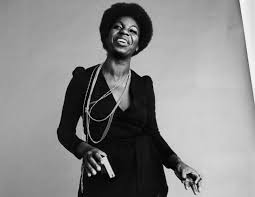 Eunice Kathleen Waymon AKA Nina Simone was born on February 21, 1933, in Tryon, North Carolina. Simone learned to play piano at the age of 3 and sang in her church’s choir. As she got older she enjoyed playing classical music. She had a dream of becoming the first African American concert pianist.  Her music teacher helped establish a special fund to pay for Simone’s education. She studied at the Julliard School in New York City where she played classical piano.  She left the Julliard School because she ran out of money to attend.

Leaving Juilliard did not stop her love of music. She started playing in night clubs where she was exposed to jazz, blues, and folk music. She changed her name to “Nina Simone” to disguise herself from family members, having chosen to play “the devil’s music. She was told in the nightclub that she would have to sing to her own accompaniment, which effectively launched her career as a jazz vocalist. Her first hit was in 1959 with her song “I Loves You Porgy”  from her 1993 Elektra Album. 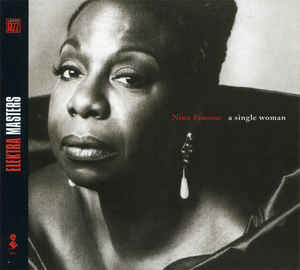 Her music was topping charts and even started being played in commercials. After moving to New York she was signed by Joyce Selznik, a talent scout for Coplix Records. Coplix Records was a division of Columbia Pictures. he was asked to perform at the prestigious Newport Jazz Festival. In the 60s she became the leading voice of the Civil Rights Movement.