Personally it was a no brainer when deciding who I wanted to dedicate my artist page to. I have been a fan of Nicki Minaj since she first came out with Itty Bitty Piggy. At such a young age I could recite every last one of her lyrics. Nicki Minaj has always unapologetically been herself with her colorful hair and unique style she touched the hearts of many, mine including. Other than her amazing flow and bars Nicki Minaj has always stood for women empowerment. She has always encouraged women to go to school and to never depend on no man for anything. Another reason why I gravitated from her. Lastly because she comes from the best place on Earth: New York City.

Nicki Minaj known as the “Queen” of rap has been one of the greatest female rappers of this generation. Nicki Minaj’s musical career started off in a group called The Hoodstars which was a foursome. Not too long after she broke from the group and started her career as a solo artist. She began uploading her music to myspace where she was able to grasp the attention of Fendi, CEO of ‘Dirty Money Entertainment’. She signed a 180-day contract with Dirty Money in 2007. That same year she released her first mixtape called “Playtime is Over” on July 5. Two years later Minaj signed a contract with lil wayne and record label ‘Young Money Entertainment’ who also represented Drake. On March 29,2010 Minaj released her debut album Pink Friday. Nicki Minaj has had a very successful music career over the decade. She has been nominated and awarded countless times. 2011 Minaj received her first grammy and was awarded favorite Rap/Hip-Hop Artist and Favorite Rap/ Hip-Hop Album. Minaj is the only female rapper to win the BET Award the Best Female Hip-Hop award seven years in a row and the list can go on forever. This year Nicki Minaj will be honored with Game Changer Award at Billboard Women In Music. Nicki Minaj continues to make way for other female rappers who follow behind her footsteps and has left a lasting legacy in music. 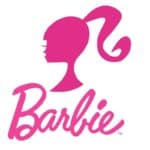 Born on December 8, 1982 hip hop rapper Onika Tanya Maraj known as  Nicki Minaj was born in Saint James, Trinidad and Tobago. and moved to New York City when she was five. She was the child of Carol and Robert Maraj. Onika’s childhood was never a walk in the park or all hearts and rainbows. Her father was a severe drug addict who had an abusive history, According to Minaj, when she was younger her father set her childhood house on fire in attempt to kill her mother.  As a way to escape her traumatic life at home Onika would create alter egos where she had a completely different life and was successful in it. She grew up in a large family and has four siblings, 2 brothers: Brandon Lamar and Michaiah Maraj, and 2 sisters: Ming Maraj and Jelani Maraj. From a young age Onika gravitated to music and acting. She was always singing and putting on shows as a child. She wrote her first rap at the age of 12. Later on she was accepted to her dream school La Guardia High School of Music & art and performing arts.

Nicki Minaj career goes beyond just music. Minaj has appeared in several movies and shows . She made her first appearance in a movie called “The Other woman” staring Leslie Mann, Cameron Diaz and Kate Upton. Nicki Mianj was also a head judge for one season of The American Idol in 2012. Over they years she has appeared in various films such as Barbershop: The Next Cut, Angry birds, and more. In several interviews Nicki Minaj admits that filming movies was completely different from what she was used to when filming music videos however, she confesses she would like to further her acting career.

Onika formerly known as Nicki Minaj has always encouraged young women to go to school and get their degrees. Over the years Nicki Minaj has awarded 37 of her biggest fans with scholarships and she has always helped fans to pay back student loans and debt. She had lunched her won scholarship program and named it “Student of the Game.” The rapper has also offered to pay for books and any other fees relating to school. Nicki Minaj continues to advocate for women’s education.