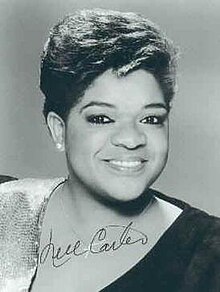 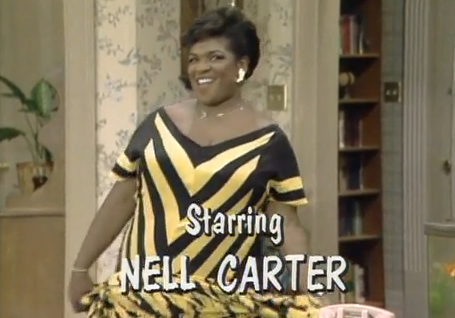 Nell Carter was born on September 13, 1948, in Birmingham. Carter began her career in theater in 1970 and later crossed over to television. Her most renowned role was on the sitcom Gimme a Break! Carter received two Emmy Awards and a Tony Award.

Nell Carter was well known for her acting on the sitcom Gimme a Break!; however, she was also a singer and she was on Broadway which is not as widely publicized as her acting career.

Nell Ruth Carter was born September 13, 1948, in Birmingham, Alabama. Carter was one of nine children.  When she was two years old her father was electrocuted after stepping on a down powerline. She began singing on a local gospel radio show and was a member of the church choir as a child. When she grew older, she began singing with the Renaissance Ensemble. At the age of sixteen, Hardy was raped and became pregnant with her eldest daughter.  Being a single mother was difficult for Carter so she sent her daughter to live with her older sister. Once she turned 19, Carter moved to New York City and landed her role on Broadway in 1971.

Carter debuted on Broadway in the rock opera Soon in 1971. Carter spent time studying at Bill Russell’s School of Drama from 1970 to 1973. She was also the music director for the 1974 Westbeth Playwrights Feminist Collective’s production of “What Time of Night It Is” in 1974. She played on various different roles on Broadway before she became a star from her role Ain’t Misbehavin‘ and she won a Tony Award for her role in 1978. She also won an Emmy in 1982 for the same role televised. Carter played in several different mediums including sitcoms and Broadway. She is most notably known for her role in Gimmie a Break!, which aired from 1981 to 1987.  Being on this show gave Carter the opportunity to explore several of her talents. For example, she could do physical comedy, more serious issues such as mental illness and racism, and she was even able to showcase her singing abilities. Carter also had a role in the film adaptation of Hair which was another opportunity for her to showcase her vocal talent. She also sang “The Star-Spangled Banner” before Game 4 of the 1989 World Series. 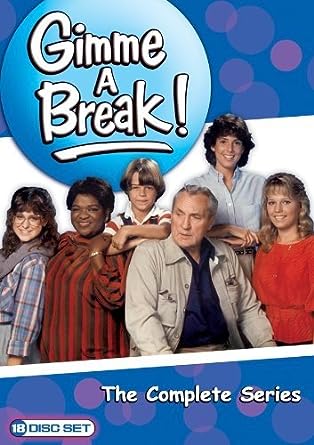 After Nell Carter decided to move to New York to follow her dreams, she sang in cafes and music venues to earn money. She broke into stardom at the age of 23. Carter endured several traumatizing experiences throughout her life. She struggled with her weight and diabetes for much of her adult life. In 1982, Nell Carter had a short-lived marriage to George Krynicki; however, it came to an end due to her addiction to cocaine that she picked up during her time on Ain’t Misbehavin’. At the height of her addiction, she spent anywhere between $1000-$2000 or more a day. No one on the set of Gimmie a Break knew that Carter had a drug addiction. She attempted suicide in the early 1980s and she had to stay at a rehab clinic Hazelden in Minnesota. Gimmie a Break came to an end after six seasons in 1987 and Carter was saddened by this. Two years later her brother, Bernard Hardy, died due to complications with aids. She took the news of his death difficult so she moved to Los Angeles. While in Los Angeles, she reconciled with her ex-husband and she adopted two boys into her family. The relationship did not last long due partly because she had three miscarriages. Soon after, she got married again to a man named Roger Larocque and she was happy for a period of time; however,  it did not last long. Following this period, she and her husband divorced and she began developing having headaches. She eventually suffered from two aneurysms and was rushed to the hospital. She made a full recovery and went back to acting on several shows. She filed for bankruptcy both in 1995 and again in 2002. In 2003, she was in the middle releasing a movie called Swing. She also planned on acting in the musical Raisin. On January 23, 2003, Nell Carter died of a heart disease that was complicated by diabetes.