Maya Angelou, a phenomenal (catch the irony?) black female poet who speaks her truth through words and rhymes, published a poem in 1969 entitled, “I Know Why the Caged Bird Sings”. This poem is a great tool to understand not only the creation of negro spirituals, but why it is so important to the prosperity of the black community today. Through her words we see a  connection to song,  and the three entities that brings it about: pain, freedom and hope. The pain that seems to last a lifetime, freedom that taunts one soul as it calls from the trees, and hope that is never forgotten as long as ones voice can never be taken. 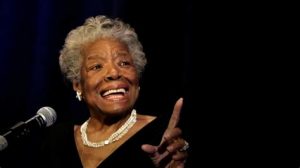 A free bird leaps on the back
Of the wind and floats downstream
Till the current ends and dips his wing
In the orange suns rays
And dares to claim the sky.

But a BIRD that stalks down his narrow cage
Can seldom see through his bars of rage
His wings are clipped and his feet are tied
So he opens his throat to sing.

The free bird thinks of another breeze
And the trade winds soft through
The sighing trees
And the fat worms waiting on a dawn-bright
Lawn and he names the sky his own.

But a caged BIRD stands on the grave of dreams
His shadow shouts on a nightmare scream
His wings are clipped and his feet are tied
So he opens his throat to sing.

Just like the caged bird, slaves were stripped of their freedom, placed into confinement and subject to years of servitude. Though trapped physically, they still had a weapon of song, that they used not only for the benefit of their masters (entertainment, communication, etc.) but also to sing of their freedom.  Negro spirituals were the songs of the slaves whom sung for joy, peace of mind, hope, and even sung as a way to send secret messages to other slaves usually involving  an escape attempt. These spirituals were emotional, deep and sacred. Though the white men could take their freedom, their families, and sadly even their lives; they could not take their voices. Both their music and bravery laid the foundation for future genres of music such as Gospel, Jazz, R&B and Hip Hop music. Spirituals are the beginning of the African American legacy, it represents where we have been, which tells us all about what we are currently going through now.

Never forget where nor who you come from. We can learn a lot from our ancestors and the music they created just from the movement of their bodies and the sound of their voices. They used very little to create such large sounds and leave an even larger legacy. We MUST know where we come from and what our people have been through to know where we are going, otherwise, just like the caged bird, we will never truly be free. 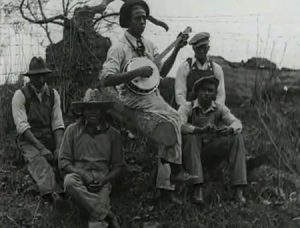