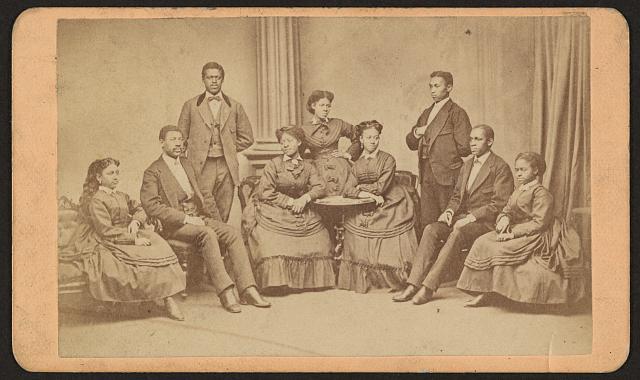 To start off, Negro Spirituals were started after slaves were brought to America to be sold, and this form of music was to give slaves an escape from reality, often using these songs to communicate without their masters knowing and making a new form of music by expressing their faith. However, the Fisk Jubilee Singers brought the Negro Spirituals music to life in 1871 and after they performed to the congregation of Henry Ward Beecher, who was a well-known preacher during that time. For them, this was the time when they gained popularity from the crowds resulting in sold out shows from all over performing their Negro Spirituals music. 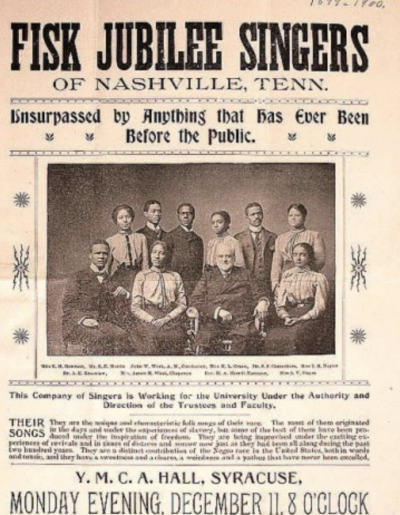 “Swing Low Sweet Chariot” was one of the earliest songs made by Fisk Jubilee Singers in 1909, which is thought of to be referencing the slaves escaping through the underground railroad.

Wade In The Water

“Wade In the Water” was filled with messages to current slaves in 1901 when this song came out. Many have different meanings of the song, but one that stands out to me is how there were hidden messages in this song to help slaves escape to their freedom.

Done What You Tole Me To Do

“Done What You Tole Me To Do” is another heart-felt song by the Fisk Jubilee Singers. Although there isn’t a lot of context on the meaning of this song, you can hear the certain language such as, “I done,” and “tole,” which are ways of expression and language of the African culture.

In Nashville, Tennessee, the Fisk Jubilee Singers are vocal artists and students who attend Fisk University. They are preserving the culture of Negro Spiritual music by continuing to sing the original Fisk Jubilee songs. They continue to travel all over the world performing these original songs. In 1999, these singers were able to be featured in their own documentary titled, “The American Experience.” Also, the Fisk Jubilee Singers were able to have their song, “Singing Our Song” recognized by many and was given to more than 1,700 schools in Tennessee. The original Fisk Jubilee Singers truly made a difference in society today with Negro Spirituals music. In the beginning, they often underestimated themselves because they thought no white person would want to hear their music, but they were soon proven wrong. Ultimately, Negro Spirituals has been a staple in African American music still prominent today being a genre used to communicate with each other in a unique way.