Like negro spirituals, gospel music is a sacred form of music used in the Christian belief. Gospel music emerged in urban cities like New York, Chicago, Los Angeles, and Detroit after the Great Migration. Gospel music is composed of elements such as call and response, shout, and instruments such as the guitar, piano, and the bass. There are sub genres of gospel music such as, folk spiritual, transitional, traditional and contemporary. One of the most notable gospel musicians is Thomas A. Dorsey. Dorsey is known as the father of gospel music. He was originally a blues singer but after experiencing financial instability he turned to gospel. Dorsey established the sophisticated call and response, along with incorporating jazz into gospel. Dorsey also sold gospel music. Sallie Martin is also a gospel musician who was known for her ability to sell gospel music at shows she attended. 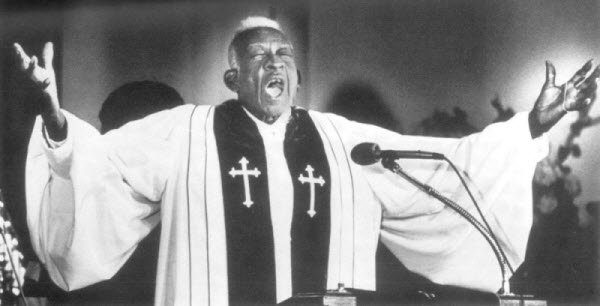