Musical theater began around the 1840s and continues to the modern day. Originally black people, and specifically African Americans were not permitted to participate in musical theater. So in order to display black people in these musicals, white people would perform in blackface, often mocking black people. Early forms of these minstrel shows can be dated back to the 1840s where slaves were often promised freedom for performing in these shows. However this changed when black artists began to create their own musicals highlighting black performers. 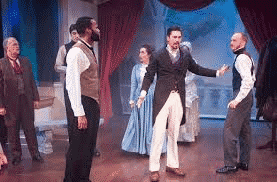 The first black musical to go to Broadway was created by Will Marion Cook and Bob Cole in 1989. Since then, black musical theater has evolved and flourished. Some very important black musicals that were performed on Broadway included Dreamgirls, The Wiz, A Raisin in the Sun, and Carmen and Jones.

Black musicals in Broadway since then have been celebrated and found to be very successful. In the modern day, black musicals are still successful and performed. In addition, black performers are more often hired for all kind of roles and there isn’t such a divide between black and white musicals. Some examples of African Americans performing in musicals can be seen in these various pictures and attached videos. 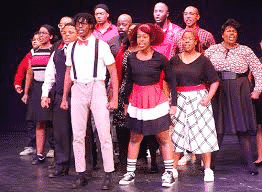 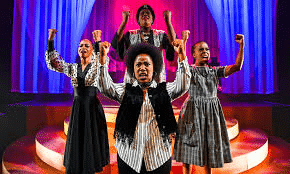