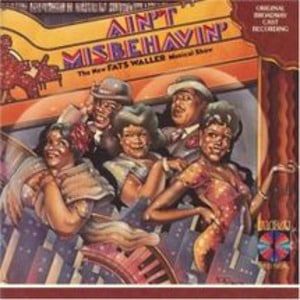 This was a broadway musical that was on theater from May 1978. It was very popular that it was played for 1604 times before they stopped playing in February 1982.  However, it didnt start its way from broadway from the beginning. At first, in 1929, it was introduced at Connie’s Inn at Harlem. Connie’s Inn was a underground nightclub where African Americans can only go in after all the caucasian customers went home, although it was played by only African American actors. Cab Calloway played the main character. Louis Armstrong played in the stage band. The name of this musical comes from a song called “Ain’t Misbehavin’”. It was composed by Fats Waller. There are several rumors of how this song was made. This article will explain 3 of them.

The first one was that he wrote it in prison. He got married at the age of 17, and had a child.  After he was divorced, he didn’t pay the child support that he had to pay. Depending on states, these come with punishment of imprisonment from 6 months to 3 years. For this reason, he went to prison for 5 months. Since it was not because he cheated on his ex-wife, he wrote “I was not misbehaving”. The second one was that Fats Waller wrote this song within 45 minutes while Andy Razaf visited. The third one is Fats Waller himself’s explanation. He claims that he wrote at Andy Razaf’s house.