Before the late 1890s, the image portrayed of African-Americans on Broadway was a “secondhand vision of black life created by European-American performers.”Stereotyped “coon songs” were popular, and blackface was common.

Will Marion Cook and Bob Cole brought black-written musical comedy to Broadway in 1898. Cook’s Clorindy, or The Origin of the Cake Walk, an hour-long sketch that was the first all-black show to play in a prestigious Broadway house, Casino Theatre’s Roof Garden. Cole’s A Trip to Coontown was the first full-length New York musical comedy written, directed and performed exclusively by blacks. The approach of the two composers were diametrically opposed: Cole believed that African Americans should try to compete with European Americans by proving their ability to act similarly on- and offstage, while Cook thought African Americans should not imitate European Americans but instead create their own style. 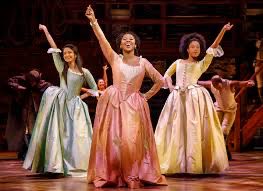