Started in the south, the blues were a way African-Americans could express their sorrows and despair over racial segregation and oppression. Although started by African-Americans, the blues became something everyone could relate to in regards to having hardships.  Muddy Waters was a legendary performer who changed the face of the blues and was the blueprint for Rock and Roll, making him an American icon.

Muddy Waters: Father of the Blues 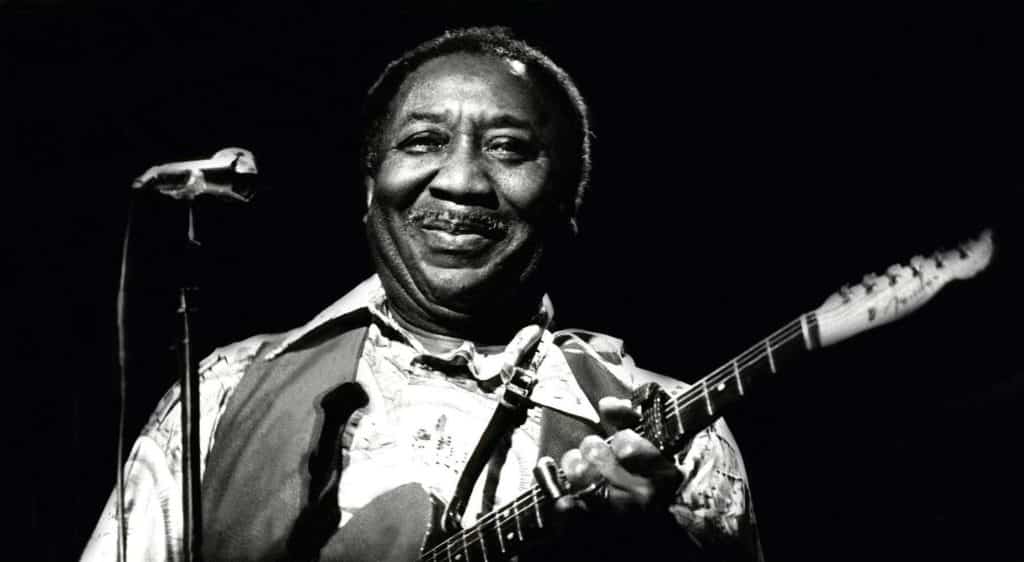 Born on April 4, 1915 under the name McKinley Morganfield in the Mississippi Delta, a star was born. Mckinley grew up in a poor family on plantation in Rolling Fork, Mississippi as an only child. He loved the blues and it was in his blood, his dad being a musician and guitarist. As a child, his grandmother nicknamed him “Muddy”, and when at school, his classmates decided to add on “Waters”, giving him the idea for his future stage name.

Muddy had a voice so impressive that a musicologist appeared at his doorstep and recorded him singing as a test sample. It was when Muddy heard his voice on record and received a check that he knew he could make it in the industry. He packed up, moved to Chicago, and made a name for himself. Muddy became so popular that his crowds at performances were so loud that his acoustic guitar could not be heard. He switched to electric and changed the face of the blues.

In 1948, Muddy Waters garnered his first hit, “I Can’t Be Satisfied”.  He later joined forces with Little Walter, Jimmy Rogers, Elgin Evans and Otis Spann, becoming a sensational rock band. It was this that put him on the map. His charisma paired with the electric guitar and the blues became the blueprint for Rock and Roll. Muddy went on to inspire artists like Mick Jagger, Keith Richards, and Van Morrison. His founding of Rock gained him an additional audience, and he continued to produce albums and hits. In the 80’s Muddy Waters would perform with the Rolling Stones, a famous band inspired by Waters. Due to his musical talents and influence on music, Waters was known as a legend and was self-made. On April 30, 1983, Muddy Waters died in his sleep from heart failure.

After his death, the loss of Muddy Water’s was mourned in the music industry, and he earned the title “Father of the Blues”. His shaping on the blues and founding of Rock and Roll will forever make him a legend in the world of music. The Rolling Stones were so inspired by Muddy Waters that they named their group after his song “Rollin’ Stone”. Muddy waters was inducted into the Blues Foundation Hall of Fame in 1980,  Rock and Roll Hall of Fame in 1987, and received a Lifetime Achievement Grammy in 1992. From a sharecropper to a renowned artist, Muddy Waters changed the face of music and will forever be an icon.