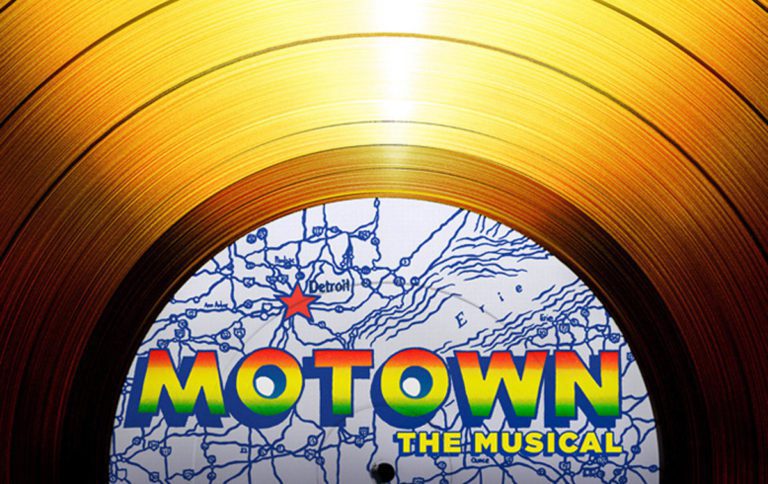 On April 14, 2013 Motown The Musical officially opened up on Broadway at the Lunt-Fontanne Theatre. (Playbill)  Motown The Musical is adapted from the book To Be Loved written by music mogul and founder of Motown, Berry Gordy. Both the book and broadway musical document the inspirational life of legend Berry Gordy from his time as a young boy and boxer to his life as the executive of arguably the most important black music label of the 21st century. The stage play was originally published in 2013 with its playwright being Mr. Gordy. The stage play was directed by Charles Randolph Wright and  choreographed by Patricia Wilcox and Warren Adams. There was scenic design by David Korins and costume design by ESosa. Lighting design was done by Natasha Katz, sound design by Peter Hylenski, projection design by Daniel Brodie, hair design was done by Charles LaPointe and make-up design was done by J.Jared Janas. Ethan Popp and Bryan Cook covered orchestrations and arrangements while Popp was the musical supervisor. (Playbill)

The cast of characters includes just about every act that crossed Motown from the Four Tops to Teena Marie. The main cast consists of Brandon Victor Dixon as Berry Gordy, Valisia LeKae as Diana Ross, Charl Brown as Smokey Robinson, Bryan Terrell Clark and Marvin Gaye, and Raymond Luke Jr. and Jibreel Mawry as young Michael Jackson, Stevie Wonder, and Berry Gordy. The ensemble consists of many actors and actresses portraying members of The Temptations, The Miracles, The Commodores, The Four Tops, The Commodores, The Marvelettes, The Jackson 5, and many other Motown groups and artists.

Motown The Musical opens up on March 25, 1983. This date is significant as it is the date of the infamous Motown 25: Yesterday, Today, Forever which took place at the Pasadena Civic Center in Pasadena, Ca. Motown 25 was set to be a program that celebrated the history of Motown in its entirety up until 1983. As the musical begins we find Berry Gordy in his home room contemplating his attendance to the event. Gordy while proud of his accomplishments with Motown, he felt as though the love had disappeared. He makes note of the fact that although they had made history and though his machine had spawned stars, he felt as though many of the stars had left him for more lucrative deals in his later years. He felt as though the family aspect had faded out and he was in the mindset that this was all simply business. However Gordy was prompted to think back to the beginning and why he began making records and Motown in the first place.

The play then flashes back to 1938. We get to see Gordy in his childhood and we see his fascination with boxing and we end up leading up to the boxing match between Joe Louis and Max Schmeling. We then fast forward to the 1950s where Gordy is seen to be working a regular job but not quite loving what he was doing. Gordy seemed to have a passion and a dream he just wasn’t living it out. We then see Gordy  asking to borrow money from his family to break into the record business which was what he truly wanted to do. As this scene plays we are greeted with the sounds of the famous song Money (That’s What I Want) which was written by Gordy. With the money he receives in 1959 Gordy opened up Tamla Records, which was later incorporated as Motown Records in Detroit, Michigan. As the early tunes of Motown play we see the beginnings of Motown as Gordy becomes acquainted with Smokey Robinson and many other writers who became the machine along with Gordy that helped Motown run. We are shown the construction of Hitsville USA from an old photography studio to the headquarters and recording studio of the record label. Through the beginning of the production we see Gordy cranking out hits for many early Motown  acts such as Jackie Wilson, Smokey Robinson, Martha and the Vandellas, and the Marvelettes and creating the formula for number one hits that he wrote with his writing team including Smokey Robinson. Motown received number one hits with The Marvelettes Please Mr. Postman and with The Miracles Shop Around. It is important to note that the music that often accompanies every scene  not only goes along with what was happening at the label, but it also reflects what was going on in the world at the time. In the early to mid 60’s African Americans though still fighting through segregation they were in some spaces of the workplace. Through the black excellence of Motown you not only saw black people in the workplace of the entertainment industry, but you saw them dominating the charts and excelling at what they do. Following the establishment of Motown we are taken along the journey of the Motown Revue which was a tour that was made up of all the Motown acts that went all across the country especially the deep south. They also portray many of the Motown acts and their famous televised  performances on shows like Ed Sullivan and many of their national performances. We also see the introduction of one of Motown’s greatest most dynamic acts to date, The Jackson 5. The moment that Gordy witnessed the magic of Michael was one that can’t be captured again but the musical did an excellent job of portraying it. By the late 60’s the country was in turmoil yet again. Protesting and racial tensions were at an all time high and tensions came to a boil when Dr. King was shot. In the stage play we see commotion and overall despair. The scene of protest leads into Marvin Gaye singing What’s Going On which perfectly describes the mood in the country and at that particular point in the play. By act two we see the true transition of Motown. For starters the company had expanded and moved to Los Angeles where they expanded to movies as well, most of which starred Ms. Diana Ross. This time also saw the loss of many key and inaugural artists from Motown as many of them felt they weren’t being paid for their worth and that they should be able to write their own music than being under the wing of Gordy. Notable artist departures included Marvin Gaye and The Jackson 5. At this point there was a shift in the label. The family closeness that was once synonymous with the label was lost with the expansion. Although extremely lucrative you could see this change took a toll on Gordy.  The play then continues to the years of Motown that came shortly before the Motown 25 special. So then we are right back into Mr. Gordy’s office, where Berry Gordy contemplated going to celebrate all his accomplishments. As Gordy paced back and forth in his home he ultimately decided to attend the monumental special. Gordy realized that no matter what differences he had with his former artists they made magic together that became the soundtrack to a period in time.

Motown The Musical is categorized as a jukebox musical. A jukebox musical is a musical film or stage presentation that features songs of popular music acts. The type of music that was displayed in Motown was soul and somewhat popular music. The “Motown Sound”  was famous for the acronym KISS, Keep it simple and stupid. The producers believed that in order to the top and remain successful you must remain simplistic so people can always remember your tunes. The music was soulful but had “pop appeal”. The songs while simple in structure contained beautiful melodies, melodic bass lines, and tambourines to accent the baselines. They also had a basic four beat drum measure and the music was full of soulful yet straight to the point lyrics . Often times Motown songs featured call and response as well.

In August 2014 I was fortunate enough to see Motown The Musical on Broadway and I thoroughly enjoyed it. I enjoyed the vibrant costumes that brought to life the style of the day. I loved the crowd interaction especially when the actress who played Diana Ross sung Reach Out and Touch Somebody’s Hand  and brought someone on stage with her. I believe that the play did a wonderful job in telling Berry Gordy’s story and highlighted the contributions others also made to Motown. It was beautiful to see that it wasn’t a one man show but also just how dedicated he was to black music. To have your studio open almost 24 hours and to be truly dedicated to artist development was wonderful. It truly felt like I was witnessing the greatness in real time and it is even more beautiful that Berry Gordy was able to write his life story and then see it live on stage with his own eyes. Not only was Gordy’s story well written but the cast did a phenomenal job bringing the story to life. 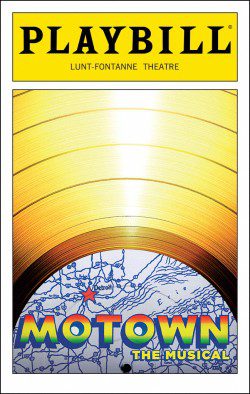