The Michael Eric Dyson interview with the breakfast club was a very empowering interview. The interview was primarily about the roles that Black figureheads play in our society as well as the way power is distributed amongst those individuals we see as figureheads. One thing that Dyson talks about in the video is the idea that in order to be celebrated and for Black persons accomplishments to be validated or exist, we have to experience death first. Specifically, Dyson refers to the death of Martin Luther King Jr. and the issue with his school. The issue with the school that was that of Martin Luther King Jr. was that the school board refused to put him on the board of trustees because the white mam who ran it, refused his application stating that King had “been to jail too many times”. Therefore, King was not perceived as an effective leader or put on the board of trustees until he had been declared dead. I found this interesting because it is true that King was sent to jail many times but not because he was out doing “dumb” things, but he was standing up for the rights that Black people were not afforded. Dyson declares this as an issue stating that Blacks should not have to die first in order for them to receive the recognition that they deserve. This is similar to the music that Blacks have created and discovered throughout history. Looking at Ragtime and Blues music, these are two types of musical genres that Black Americans have been robbed of. As we define the Blues, it has been noted as music that was not popular until Whites began to use it. The idea that blacks cannot create something without it being stolen and recreated, or that Blacks can not have music popularized unless a White person validates it should not be a reality. Black folks should be able to validate their own works and it should receive the same recognition as a white person validating their own contributions. I love the idea that Dyson explains this issue and uses other Black artists in order to justify his explanation. I enjoyed that Dyson was able to be on the side with Black people all while being able to criticize those Black persons in the same light that he criticizes the White folks, showing that being wrong has no skin color and being right has no ethnicity. 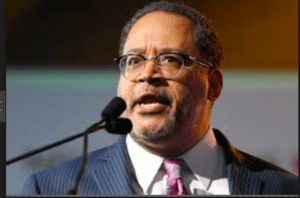