Memphis:
Home of The Blues

Memphis is more than just a city, it is a polestar for soul, rock, country, gospel, and most importantly blues music.

The history of blues music in Memphis dates back to the early 1900’s. The city of Memphis can accredit most of its notoriety for Blues to none other than the father of it: W.C. Handy. Handy is responsible for popularizing and initiating the widespread dissemination of the genre. After hearing the sound in 1903 in the Mississippi Delta, Handy and his band relocated to Memphis adopting the blues sound and lifestyle. He even went so far as to compose a piece to commemorate the impact of Memphis on the Blues called: The Memphis Blues. Handy’s migration to Memphis put Memphis on the map. Memphis became a magnet for all aspiring Blues musicians, which is why Memphis is nicknamed The Home of The Blues. 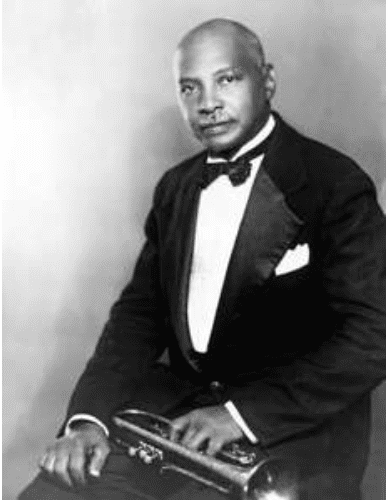 The history of blues music in Memphis dates back to the early 1900’s. Black blues musicians in the neighboring state of Mississippi would relocate to Memphis to further their craft. The city offered more opportunity for musicians than the small Mississippi towns most Blues celebrities hailed from. This migration is also referred to as The Blues Trail. Most importantly, Memphis enabled Black blues stars to record their music. In downtown Memphis, there is a historical hotel called the Peabody Hotel where record companies would seek Blues talent. They would hold auditions, and set up temporary recording studios in these hotel rooms. These hotel rooms gave rise to early Blues legends such as Memphis Minnie, Jim Jackson, and the Beale Street Blues Boy better known as B.B. King. Besides the opportunity, Memphis scenery also contributed to the emergence of the Blues; specifically Beale street. Beale street was filled with all of the things that the genre encompassed. The street promoted the consumption of booze, and emphasized the struggles of life 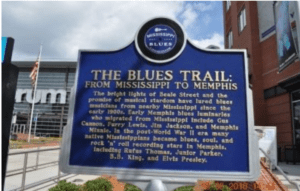 The succession of Memphis Blues

Post World War II Memphis began to attract Blues musicians from the mid-south, not just Mississippi. Eventually, it began to attract musicians that specialized in other genres of music as well. The intermingling of the Blues with these other genres gave rise to new genres such as R&B, rock ‘n’ roll, and soul. Memphis became a mecca for all genres of music with its roots in Blues. Today you can stroll down Beale street and still hear the redolent Blues sounds. Blues in Memphis will never die, it is part of the identity of the city; you can’t mention Memphis without Blues.