I conducted this research through watching various interviews and reading many artist reviews, articles and online biographies, including his own biography he includes on roc-nation’s website.  While there wasn’t any scholarly articles that discuss Meek’s career and his influences he is still a well-known hip hop artist coming from a city where music thrives, Philadelphia. As a native of Philadelphia, I personally grew up hearing his mixtapes and battles and loved the passion heard through his style of rapping, so I decided to learn more about this Philadelphia artist and his blooming career. 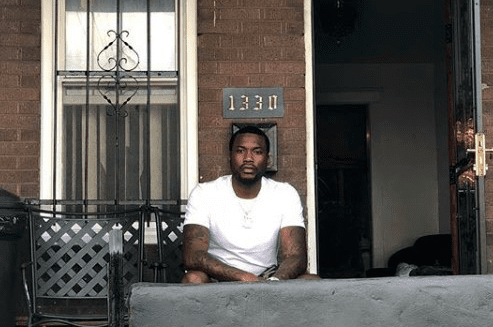 Meek Mill was born as Robert Rihmeek Williams on May 6, 1987 in Philadelphia,Pa. As a young boy he lived a troubling life as his father was murder during an armed robbery when he was only five years old. This devastating situation left his mother in a hard position where she did what she thought was necessary to feed her family, working multiple jobs and even shoplifting to put food on the table. As a kid, Meek connected with his uncle, Grandmaster Nell. Grandmaster Nell was a Philly disc jockey who worked with artist such as Will Smith, so Meeks convection with his introduced him to hip hop early and influenced his love for the genre. During this time battle rap was prominent and Meek grew up watching dvds of rap battle artist Chic Raw and emulated his style, creating a journal with his own rhymes and lines. As a teenager Meek decided to enter the battle rap world himself under the surname “Meek Millz”, later on he and three friends became a group called “The Bloodhoundz”. Not falling too far from his family troubling past at the age of 18 he faced an altercation with the Philadelphia police department where he was accused of assaulting police and attempting to kill them. During this altercation Meek Mill was beat up so intensely he was left with two swollen eyes, a busted lip and his braid ripped out. Unfortunately this would not be Meek’s only run-in with the police, after this sentencing he was placed on probation.

Hottest in the City 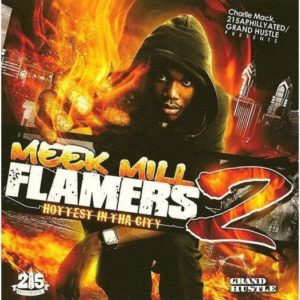 While on probation Meek continued to make music with the Bloodhoundz, where they successfully completed 4 mixtapes. Meek also made solo mixtapes including his series entitled “Flamers”. His mixtape “Flamers 2” gained him attention with songs like “Prolli”, “In My Bag” and , getting him offers from 215 APhillyated Records and T.I., an atlanta-based rapper, offered him a deal with his record label “GrandHustle Records. After many offers he decided to sign under Grand Hustle in 2009. Shortly after he dealt with more legal issues, being charged with possession of drugs and a firearm so he had to serve 7months in jail. Once released he returned to the label, forming a relationship with DJ Drama they teamed up to create Flamers 3: The Wait is Over where his popular song “Rose Red” was produced. later that year T.I. faced legal trouble leaving Mill with only a mixtape under his album. After his rise with single “Rose Red” Mill created a remix featuring Rick Ross and T.I.. This collaboration led him to a deal with Rick Ross’ record label Maybach Music Group (MMG).

The year of 2011 for Meek Mill was every rapper dream, he was signed to MMG in February and featured in XXL‘s Freshman Class of the year in March. His label created a compilation album entitled Self Made Vol.1 where he debuted his single “Tupac’s Back”  and “Ima Boss” featuring Rick Ross, the remix of this song featuring T.I., Birdman, Swiss Beats, Dj Khalid, Lil Wayne and Rick Ross made the Billboards as number 51. This was Meek’s first charted song. In August of 2011 he dropped a new Mixtape, Dreamchasers, which sold well to hip hop lovers all over. By 2012 Meek was labeled as the #7 Top MC by MTV and he released his second edition of Dreamchasers on DatPiff.com where he received over 1.5 million downloads in less than six hours.  In may Mill signed to Jay Z’s Roc Nation. In October of 2012 Mill released his album Dreams and Nightmares which topped the charts as number 2 on Billboard 200 with 165,000 sells the first week.. In the end of 2012 Mill created his own label imprint called Dreamchasers, where he signed local rap artist that he knew personally. 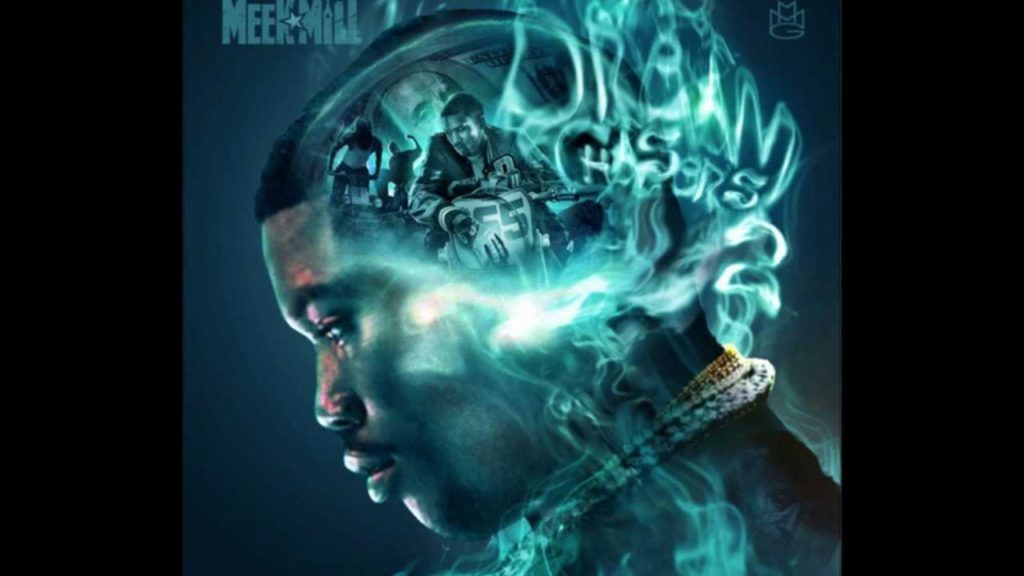 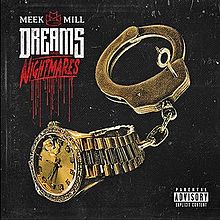 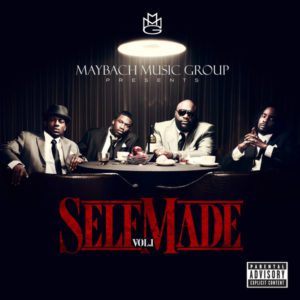 By September of 2013 Mill was working on producing another mixtape, the 3rd edition of Dreamchasers. He also announced in November of that year that he was working in his second studio album. Prior to releasing the article he released the title Dreams Worth More Than Money and released the album in the summer of 2014. Once he released it his songs remained on the Billboard 200 for a month. Later that year Meek Mill had a rap beef with another artist drake where they had a series of diss songs to each other. During this year he dropped clips of videos on his instagram with songs from his new album Dreamchasers 4 (DC4).

Finally in October Mill released the anticipated album of the year. Continuing his music under Roc Nation he created another studio album that he titled Wins and Losses. After a weekend in Philadelphia he was arrested for riding a dirtbike in the city. He was later charged for violating his probation and was faced with time while his judge constantly denied bail. His time in prison started a revolution where artist and fans were protesting the court in his defense. After he was finally released on bail he created his albums Champions based on the Philadelphia Eagles first Superbowl championship. Fans continued to show support by giving him 229,000 sales in this album and positive reviews on all streams. 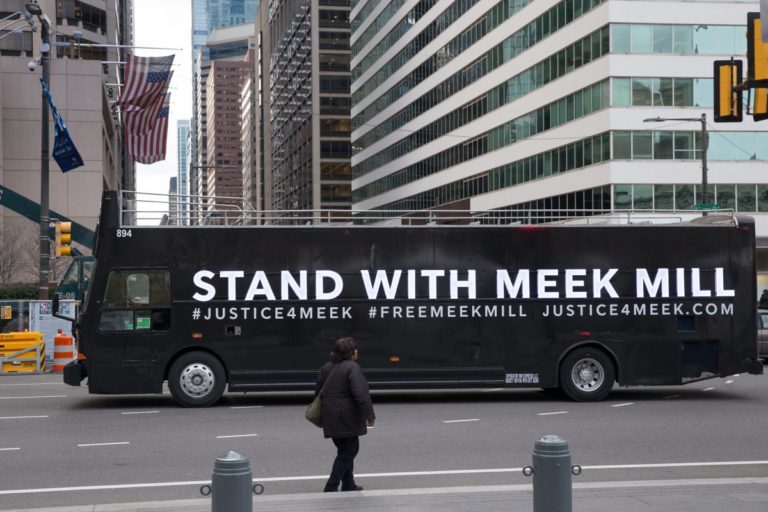 It’s no secret that Mill has had plenty of run-ins with the law, due to his multiple arrest since his first year of adulthood. After his charge for possession of drugs with intent to sell in 2008 he faced 12 months in prison and after he served his time he was placed on a five year probation period as of 2009. In 2012 Mill was found violating his probation so he was banned to travel. Following this Mill continued to travel for music purposes and failed to tell the courts, further violating his probation. Due to this violation he was required to attend etiquette classes. After getting a second chance Mill continued to travel without permission from his parole officers and he also posted threatening post on his social media to the judge, his parole officer and the assistant district attorney. Due to his failure to abide by the law his probation was revoked and he faced three to six months in prison in 2014. Although he was released later that year he faced 2 years after assaulting to pedestrians in an St. Louis airport. All of his cases was handled by Judge Brinkley in Philadelphia, Mills legal team accused her of saying inappropriate statements during his hearings. Brinkley asked Mill to leave Roc Nation, record a song giving her a shoutout and she even showed up to his community service which is not a typical motion a judge would do. After an FBI investigation and a testimony from a witness from one of previous cases Mill was released awaiting his appeal to his conviction. Upon his release many celebrities showed their support including owner of Philadelphia 76ers team Michael G. Rubin who brought him to the game that night to ring Philadelphia’s liberty bell. Due to Mills complicated and long list of allegation he stated that he would use his fame to shed light on the justice system.

Shortly after his release in 2018 Meek Mill co-founded the Reform Alliance with his boss and fellow recording artist, Jay- Z. The mission of his non-profit organization is to change the criminal justice system by advocating for changes in the laws and policies, starting with parole. He has received tremendous support from the community and big name celebrities receiving over $50 million in donations. 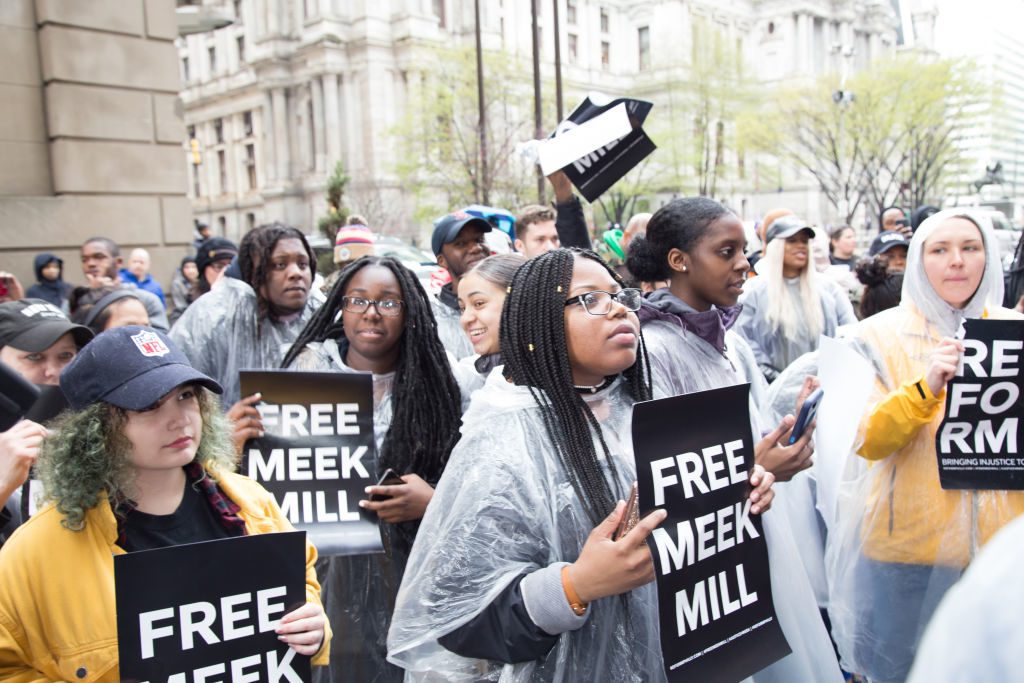 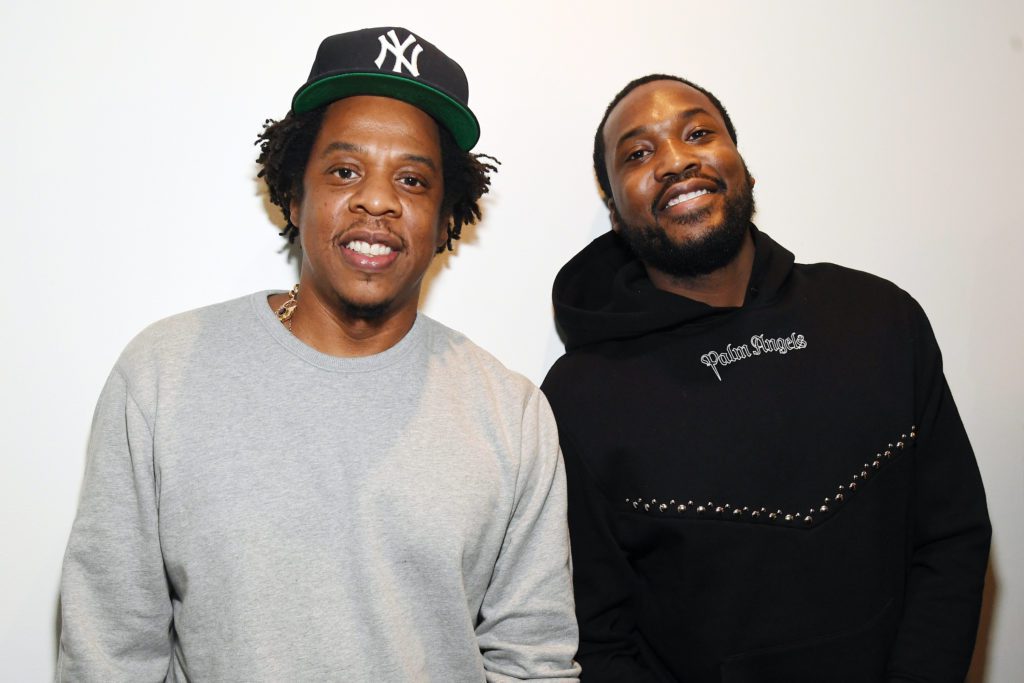