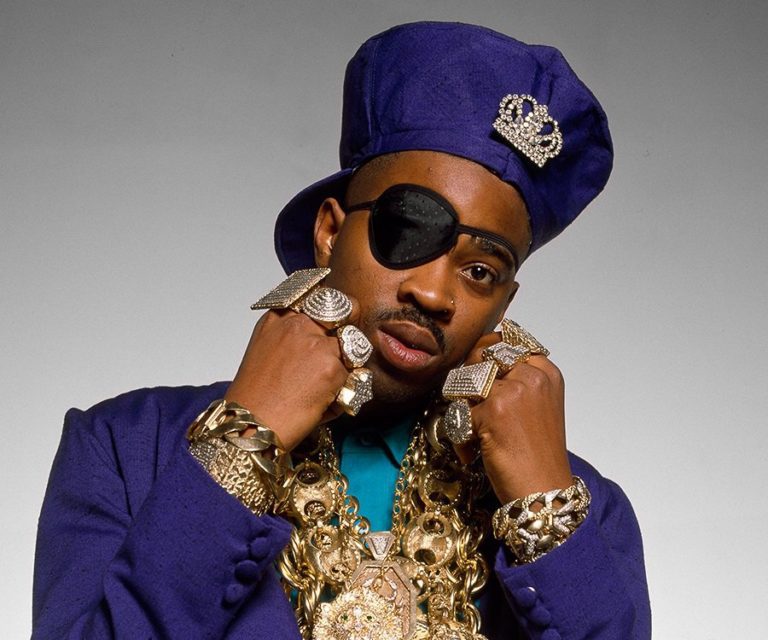 Ricky Martin Lloyd Walters, as known as Slick Rick was a British-American rapper born in the London District of Surrey January 14,1965. He later migrated to the United States and lived in the Bronx, New York.  As an infant, an accident involving broken glass left him blinded in his right eye. He once told Sabotage Times, ” I was always pretty shy because of the eye , so rather than going out and playing sports, I stayed indoors and wrote stories.” Little did he know that he would later become known for his mastery of the art of storytelling. He joined his first rap group entitled The Kangol Crew while he was in high school in New York. His group never produced an album, but an encounter with Doug E. Fresh in 1984 at a talent show would launch him into his career.

Slick Rick, previously known as MC Ricky D, began writing music at the age of 19. He became the third artist signed to Def Jam Records and first gained success in  Doug E. Fresh’s Get Fresh Crew. He was featured on a song entitled ” The Show” which released in 1985 and went on to sell half  a million copies in the United States and was No. 7 on the UK singles chart. His song entitled ” La-Di-Da-Di” exhibited more of his style and had a longer effect on his career. It is often sampled today by artists such as Snoop Dogg, Miley Cyrus, and Robbie Williams. His debut album ” The Great Adventures of Slick Rick” ,released in 1988, solidified his role as a storyteller. He experimented with different voices and sounds to tell his stories. His second album released in 1991, entitled ” The Ruler’s Back” was written while Rick was serving his five year sentence in Rikers Island. He was convicted of attempted murder after he shot and injured his former bodyguard and cousin Mark Plummer. He used his storytelling skills to write ” Shouldn’t Have Done It” to talk about the conviction. He also discussed his legal issues in “Behind Bars” , his third album released in 1994. In 1999, he released his most commercially successful album ” The Art of Storytelling” which reached No. 8 on the Billboard 200. It contained artists such as Snoop Dogg, members of Oukasts, and members of the Wu-Tang Clan.

Slick Rick would later be nominated for a grammy for the samples of his song ” Children’s Story” which were used in the song ” This Is How We Do It” by Montell Jordan. He is recognized as one of the most sampled artist in music history. He now partners with different organizations such as the Bronx Youth Empowerment Programs as a sponsor and has also worked with Newark, New Jersey Public Schools, the FDNY, and the Brooklyn Department of Homeless Services. The Smithsonian National Museum of African American History and Culture honored him with an exhibition. He married Mandy Aragones in 1997, and has 2 children, Martin Lloyd Santiago and Lateisha Walters from his previous marriage.