Born on May 8th, 1910 in Atlanta, Georgia, Mary Lou Williams was considered to be a young musical prodigy. She was trained by her mother, and was playing professionally by the age of seven years old. She would perform in various venues, such as gambling dens and vaudeville stages. She began  performing with saxophonist John Williams, and the two eventually married in 1927. A few years later, the couple moved to Kansas City, where Williams would become a significant part of the swing scene.

If a jazz band wanted to become successful, being on the radio was crucial in establishing a reputation. There were two maintypes of radio broadcasts: “Sustaining programs”, which would be played late at night from hotels and clubs, and “Sponsored programs”, where a company hired bands for contracts to be played. Unfortunately, race played a role in these radio opportunities, with sponsored programs being exclusively offered to White bands.

During the Civil War era, bands became frustrated with the lack of opportunities, and dominance of White bands in the popular music. In result of this, they formed an improvisational style that would later be known as bebop. These young jazz musicians were no longer content with being entertainers, and wanted to be taken seriously in their music. This style of jazz included instrumental virtuosity, harmony, phrasing, rhythmic feel, timbre, and tempo. The swing era began in the 1930’s, which usually emphasized horn riffs and a rhythmic drive derived from the ‘boogiewoogie’ bass line. The major big bands of this era was helpful for younger musicians who wanted to improve their music-reading skills, understanding of harmony, and ensemble skills. Although she was originally given minuscule tasks, Williams began performing with Clouds of Joy, a Kansas City band led by Andy Kirk. She was the pianist for the band, and composed and arranged much of their music. Following her huge success with Clouds of Joy, Williams was soon sending her arrangements to bandleaders, such as Tommy Dorsey, Earl Hines, and Duke Ellington.

In 1942, Williams decided to leave Clouds of Joy. After her divorce to trumpeter Shorty Baker, she relocated to New York City. She would perform at a Greenwich Village nightclub on a weekly radio show. Her apartment in Harlem became a gathering place for several musicians, where she became a a mentor for talents like Dizzy Gillepsie and Thelonious Monk.

While in New York, Williams showed her muscial adaptability. Not only did she begin to incorporate bebop into her music, but also started to create longer pieces, such as Zodiac Suite. In 1952, she relocated again to Europe, where she stayed until she walked out of a performance in Paris in 1954.

After Williams returned to the United States, she refrained from performing because she felt that her spiritual needs were incompatible with the world of jazz. However, she eventually converted to Catholicism. In 1957, she resumed her musical career by appearing with Gillespie at the Newport Jazz Festival.

Williams founded her own label, Mary Records, which was the first to be started by a woman. She also established the Cecilia Music Publishing Company. Given her newfound faith, Williams began to work on religious music, composing several pieces. One of these was Mary Lou’s Mass.

In 1971, Mary Lou’s Mass was interpreted by choreographer Alvin Ailey. Four years later, it became the first jazz piece to be performed at New York’s St. Patrick’s Cathedral. Williams still continued to perform, including at President Jimmy Carter’s White House Jazz Party. She also taught at the University of Massachusetts at Amherst and at Duke University.

On May 28, 1981, Williams was 71 when she passed due to bladder cancer in Durham, North Carolina. She is known for being one of the first women to succeed in jazz, and had a career with accomplishments that place her in the top echelon of musicians. 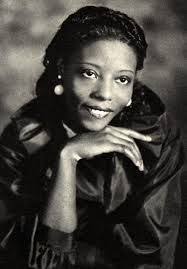