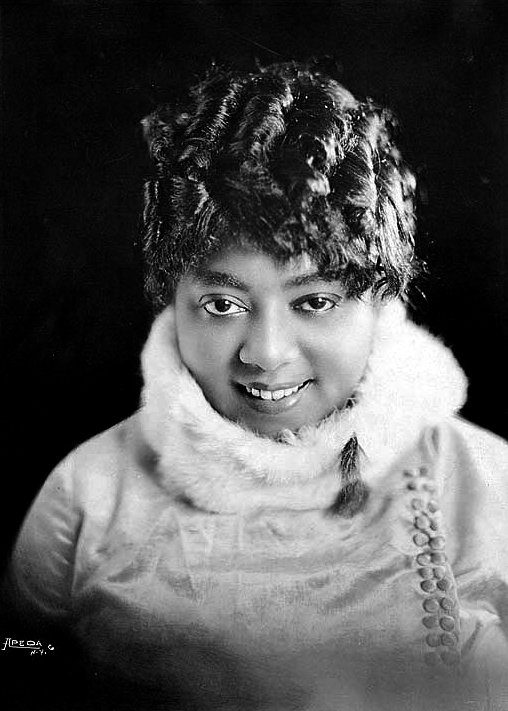 Mamie Smith was a groundbreaking singer, dancer, pianist and actress of the early 20th century. Born as Mamie Robinson in Cincinnati, Ohio, Mamie is known today as one of the pioneers of blues and an key figure it the commodification of African American Music. Mamie went on to sing “Harlem Blues”, “That Thing Called Love”, and “Goin’ Crazy With the Blues” to further prove that music by African Americans was worth consuming.

Born in 1882, performing was part of Mamie’s life from the time she was ten years old. In her teenage years she worked as a dancer and singer in vaudeville until she moved to Harlem and became a regular night club performer. A few years later when filling in for a white singer at Okeh records, her talent came to light.

In the early 20th century, Mamie Smith began making historic strides for women. In 1920, she was the first African American artist to record vocal blues recordings with renditions of Perry Bradford’s “Crazy Blues”. Her first records sold over one million copies within a year which was remarkable during that time. Smith continued to release popular music for the remainder of the 1920’s. She acted as a pioneer for black people in blues history by playing a major role in the increase in popularity of “race records”, primarily comprised of various African American styles and genres made by African Americans for African Americans. She brought commercial relevance to African American  music.

Mamie dabbled in various genres such as blues and Jazz. She was also known for her work with her well known band, the Jazz Hounds which included Coleman Hawkins, Lion Smith, and Johnny Dunn but also rotated in notable musicians such as Bob Fuller and Buster Bailey. The band had ongoing success as part of the Okeh label and the are arguably the best African American Jazz musicians of their time. As a result of her success, Mamie toured the United States and Europe until she retired from performing in the early 1930s but still continued to participate in multiple films. 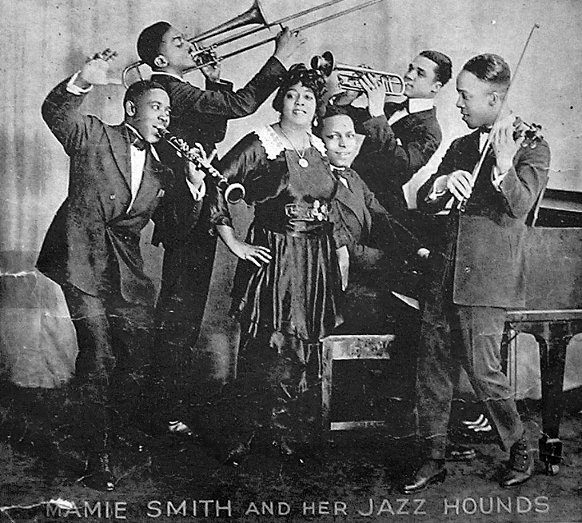 Like other African American blues influencers, especially female, Mamie was never given the credit or respect she deserved for her contributions to blues. Her name is often left out of conversations when it has to do with blues and her legacy was not upheld even in death. In fact, when she was buried in the mid 1940s, she was buried in an unmarked grave. In recent years, writers and fans have started launched campaigns to get respect for her legacy, such as the Indiegogo campaign, which is raising money for Mamie’s headstone as Janis Joplin did for Bessie Smith.