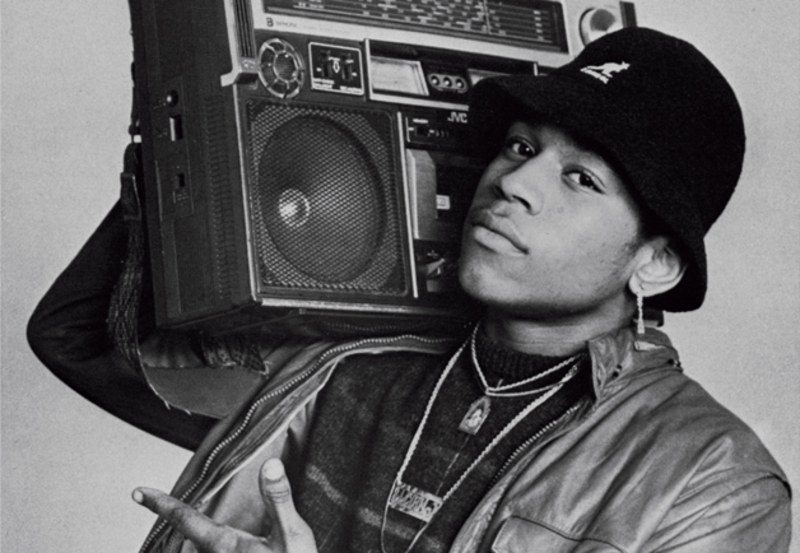 LL Cool J was one of the first solo hip-hop stars. Born James Todd Smith, the rapper started rhyming at the young age of 9. He was inspired by hip-hop acts such as The Treacherous Three and The Sugarhill Gang. LL Cool J signed to Def Jam Records in 1984 as one of the labels’ first artists. His record sales that year helped advance his and Def Jam’s reputation. The ingenuity from Russell Simmons and Rick Rubin was responsible for Def Jam and Smith’s widespread success in the hip-hop genre.

A proponent of the new school rap age, Smith included diverse sets of rhymed verses into his tracks. Most songs included LL Cool J rhyming at the forefront with a DJ accompaniment. The DJ used technology such as turntables and samplers, which differed from earlier music genres’ use of live instrumentation. Turntables created rhythmic scratching sounds and mixes that contributed to the overall street-rap vibe of LL Cool J’s tracks. In addition, the 1980s brought innovation with the use of sampling. Samplers were also used by the DJ to fuse or loop old versions of songs to form new tracks. For example, remnants of James Brown’s “Funky Drummer” bass and drum arrangements can be distinctly heard on LL Cool J’s “Mama Said Knock You Out.” LL Cool J frequently rhymed with an AABB rhyme scheme that could vary in speed and predictability. He also coupled these rhyme schemes with pop stylings to further gain access to mainstream markets.

LL Cool J was one of the first and only rappers during this time period that tried to appeal to women. Other rappers were focused on their rhymes and hard persona to appeal to audiences. Smith was able to incorporate a street-life energy with a ladies man finesse, prevalent in his ability to become a sex symbol and even his namesake (Ladies Love Cool James). He also was able to break some racial and cultural barriers throughout his career. He was the first hip-hop act to receive Kennedy Center Honors and be on American Bandstand. He also had one of the first hip hop videos on VH1. These early feats were major for hip-hop artists who had many issues breaking into arenas not dominated by Black people. The Kennedy Center Honors is also a major accomplishment as it shows the strides that still have to be made to include Black urban acts into honorable sectors.

LL Cool J was able to reach even wider audiences with a 1986 deal between Def Jam and Columbia Records. From this deal, Columbia Records was given the right to distribute records by Def Jam artists. Consequently, Def Jam and its artists received widespread dissemination of their records. The rapper was able to receive many royalties off his record sales, as he was able to obtain critical acclaim from albums such as Radio and Mama Said Knock You Out, which went Platinum and Double Platinum, respectively. He has also garnered many other RIAA certifications throughout his career with his thirteen total hip-hop albums.

Off these honors alone, LL Cool J can easily be placed as one of the greatest hip-hop artists of all time. His early days as a New York rapper and a Def Jam artist set the precedent for all rappers to enter the hip-hop scene after him. In addition to his legacy in music, LL Cool J has been able to break into multiple industries such as film, TV, and other business ventures. I believe that his influence cannot be ignored being one of the first rappers to cross multiple platforms and avenues.