A little under two weeks ago, in a memo obtained by Rolling Stone, Live Nation laid out a variety of changes and updates to existing policies that aimed to protect its own bottom line. Most egregious of them, and one that received the brunt of the media attention, was an addendum that stated if an artist cancels a performance in breach of the agreement, the artist will pay the promoter two times the artist’s fee.

Such a penalty was unheard of, and even considering the state of the industry as it currently stands, it’s not right.

In a new interview with Pollstar, Charles Attal, co-president of Live Nation subsidiary C3 Presents, described the memo as a “stale document” and said that the language around cancellations in particular has been excised from all agreements.

“In retrospect, [that language] should not have been in there,” he said. “We’re not going to jam any artists. It doesn’t need to be in the deal terms, and hopefully we don’t have to deal with it.”

“First and foremost, our job is to work for the artists, to branch into new territories, bring new business development to up-and-coming acts, and showcases for headliners to perform for huge, diverse audiences and develop new fans,” Attal said. “These [festivals] take years to develop, and that’s our job. We are here to work for the artist. That’s it. We’ve been doing this for years, and it would be impossible without our great relationships with the artists.”

“We’ve gotten a lot of feedback from the artists,” he continued. “We’ve heard them loud and clear, we’ve revised it, we’ve gotten through it with them, and we’re already booking shows, with confirmed acts for 2021.”

Attal also addresses the issue of events obtaining insurance next year, which is a huge issue since they’re likely going to require pandemic insurance as a line item, and it’s going to be quite a bit more expensive.

He said they’re “working through that, it will take a few months to figure out. Premiums have gone up and we’re dealing with it.” He went on to say they’ll “make sure the artist is happy and taken care of.”

You can read the full report on Pollstar here.

This article was first published on Your EDM. Source: Live Nation Removes Memo Language That Puts Financial Burden On Artists In Contracts 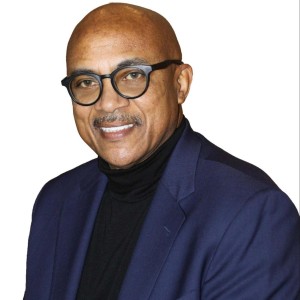 To call Landon Cube a rapper would be a bit of a mistake, however, his production choices and associations plant him firmly within hip-hop culture.

We’re putting ownership in the hands of the black community and the pioneers that started the culture.” In 2018, it was announced that some of

If you’re a member of the Hip Hop media, “Come Thru” is what comes with the job description. It’s these kinds of honest raps that

The details of Tulsa’s dark history, meanwhile, have escaped even some city natives like Steph Simon, a Black hip hop artist who’d only recently …

The Adult format gains help “Time” rebound 17-16 on the R&B/Hip-Hop Airplay chart, where it picks up an 8% improvement to 9.5 million in audience …