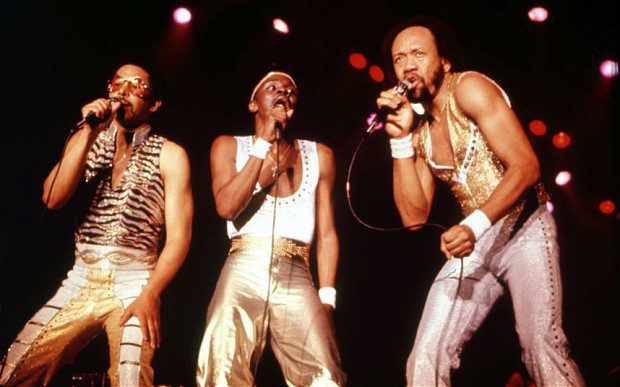 Funk emerged in the late 1960s, but became popularized in the 1970s. Funk is best defined as being in touch with the essence of being human. Funk comes from a variety of different music genres that include rhythm, blues, and jazz. Because of the complexity and intersection of different elements of music, people often label funk as “soul groups”, “dance bands”, “black rock”, and “jazz funk”. Funk was created during the height of the Black Power Movement, which emphasized the black unity, pride, and self-determination that the black community had. Earth, Wind, & Fire was founded in Chicago, in 1970, by Maurice White. The band was originally named the Salty Peppers but grew into the band that we know today.

Funk reflected the social and political commentary that was going on at the time. This style of music showed the true resiliency and creativity of African Americans through their shifting social and economic status and conditions at the time. Funk came to be when the Black Power Movement was at it’s height so Funk really helped people with confidence and happiness. P-Funk became a huge thing that was coined by George Clinton who combined party themes of black nationalism and the black power movement to create a funk that was uncut, raw, and pure. Funk embodies the energy and values of African Americans. Specifically it embodies the African American working class. The audience of Funk however, included African Americans of all socio-economic status. Funk became an expression of cultural liberation and musical experimentation. Funk became a rejection of mainstream values and norms.

Although funk really embodied the values of the black working class, it targeted and made good money off of every socio-economic strata. Funk mainly got money from young black professionals who frequently moved from their integrated neighborhoods to clubs in African American working-class communities where funk reigned supreme. The funk group Earth, Wind, & Fire mainly got money from the hit records September and Lets Groove. Because of Earth, Wind, & Fire’s space-age costumes and futuristic characterizations, many artist have begun to express themselves in similar distinctive ways.

With the rise of Funk, people began to really embrace the aesthetic of what it meant to be a carefree African American. Earth, Wind, & Fire specifically allowed African American people to see that it was okay to do something that wasn’t of the usual. The use of the different musical elements from the different musical genres allowed this genre to be widely liked by multiple people of the black community. In addition to the cool aesthetic of Funk, it was a way of expressing the social and political conditions that were going on at the time. This meant that Funk was an outlet for people during the 60s and 70s that really allowed people to take prides in their culture.