Kirk Franklin pushes the boundaries of gospel music as we know it today. His lyrical style, crossing over to the secular charts, and his controversial lifestyle heavily influence how he and his music are able to reach the masses. 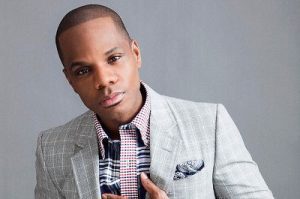 Franklin was known for combining traditional gospel, R&B, and hip-hop with the use of Ad-libs and call and response.