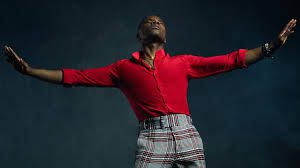 Gospel as we know it emerged in the late nineteenth, early twentieth century alongside contemporaries such as Ragtime, Blues and Jazz. Although, Gospel seems not to have been established too long ago, it is deeply rooted in the slavery era, where spirituals were sung and ring shouts were still being performed. Gospel music is a type of spiritual, euphoric, rhythmic form of expression. There are three styles of Gospel music; transitional, traditional and contemporary.

When we think about Traditional Gospel music, we typically associate it with the rattling, jingle of the tambourine, or the majestic raw of the organ that strikes your spirit. However, Contemporary Gospel is characterized with dominant vocals and soloists. Common instruments include the piano, guitar and drums. Contemporary Gospel has managed to bring a new generation of worshippers into the church and continues to inspire many generations to come. One of the brightest, most iconic singer, songwriter and producer of contemporary gospel music, who has managed to introduce a new generation to the church is Kirk Franklin.

Kirk Dewayne Franklin, an American gospel choir director and singer, was born on January 26, 1970. Having been abandoned by his mother, and have never known his father, Kirk was raised by his aunt, a truly religious woman. At the tender age of 4, his aunt enrolled him in piano lessons. Being able to sight-read and play the piano by ear Franklin was granted a contract by the age of 7, but his aunt respectfully declined the offer. But Kirk was so talented that his aunt couldn’t stop what God had set out for him. At age 11, Kirk was now directing the choir at the Mt. Rose Baptist Church near Dallas, Texas.

By the 90’s, Kirk was making his name around the airways. Leading the choir called The Family, he made a platinum-selling debut, ‘Kirk Franklin and the Family’ in 1993, . The album was so great and successful that it crossed over genres charting in R&B and pop music. While continuing to lead the choir, Kirk recorded the album “Whatcha Lookin’ 4” which sealed Kirk’s stardom and won him a Grammy Award for the Best Contemporary Soul Gospel Album. Kirk’s first solo album ‘The Rebirth of Kirk Franklin’ was released in 2002, reaching #4 on the billboard charts and spent 29 weeks on the Gospel charts. From then on, the only way was to go up.

Listening to Kirk Franklin’s music not only gives a spiritual awakening, but it makes you feel free. His music makes you wanna get up out of your seat and dance. Although many people from the traditional period of gospel may not like his style, he continues to rise and sing and not stifle his music. A lot of people in my generation go to church just for praise and worship. Still spiritual, but more upbeat, more modern, more relatable. Music is meant to evolve, for generations it has been this way and it will continue to be this way.