.Keeping Up with the Mills Brothers.

The Mills Brothers were a musical quartet that consisted of four brothers from Piqua, Ohio.The original member (John Jr., Herbert, Harry, and Donald Mills) got their start from their father who owned a barbershop and founded a barbershop quartet called the Four Kings of Harmony. The brothers picked up on their father’s techniques and harmonies then began performing together around the area. Unfortunately, John Jr. later dies of pneumonia which resulted in their father John Sr. becoming a member in his place.

.How to be a Jubilee Quartet .

The genre Jubilee is similar to spirituals but they differ in arrangement and style. Jubilee is typically performed in a quartet, rather than through a group or solo, as with spirituals. Jubilee also included more of a syncopated style of singing. Groups tend to use the different parts of their voice and vocal percussion in their musical arrangements.

Their are many styles of Jubilee singing but their are 3 that were the most popularized:

When Fisk University struggled to acquire the appropriate funds to keep the school afloat, George White created the choir group who performed negro spirituals internationally. Other HBCUs were inspired by The Fisk Jubilee Choir which led to the growth and acknowledgment of Jubilee as a genre.

The style of Barbershop Quartet included syncopation and creative articulation of different genres of music. Barbershop quartets became the most popular form of Jubilee singing among black and white audiences. This style was eventually stolen by white artist and was then popularized as their culture.

.The Rise of the Mills Brothers.

At the start of the Mills Brothers’ career they accompanied their performances with the Kazoo payed by Harry Mills. That abruptly changed when Harry forgot his kazoo before a performance and they had to improvise by trying to imitate the instrument orally. Instead of a kazoo sound, a trumpet sound was being produced by Harry which sparked the brother’s act of emulating instruments with their voices. With their new act, instrument sounds were assigned to each member, Harry was the Trumpet, John was tuba, Donald was trombone, and Herbert was the second trumpet. After perfecting their act in the late 20’s, they began broadcasting their new sound over a Cincinnati radio station.

In the 1930’s the Mills Brothers moved to New York City, where they became the first African American singers to have their own national radio show. Now being accompanied by John’s guitar, they were known as “Four Boys and a Guitar”. This addition also gave them the ability to emulate the sound of a full jazz band. They began performing their new sound in their songs, such as “Tiger Rag,” and “Bugle Call Rag.” In 1936 John Miller Jr. passed away due to pneumonia. This unfortunate occurrence almost resulted in the disbandment of the group, which was later mended by their father performing in his son’s place. Along with their father being the new addition to the group they also added a guitarist to the group. 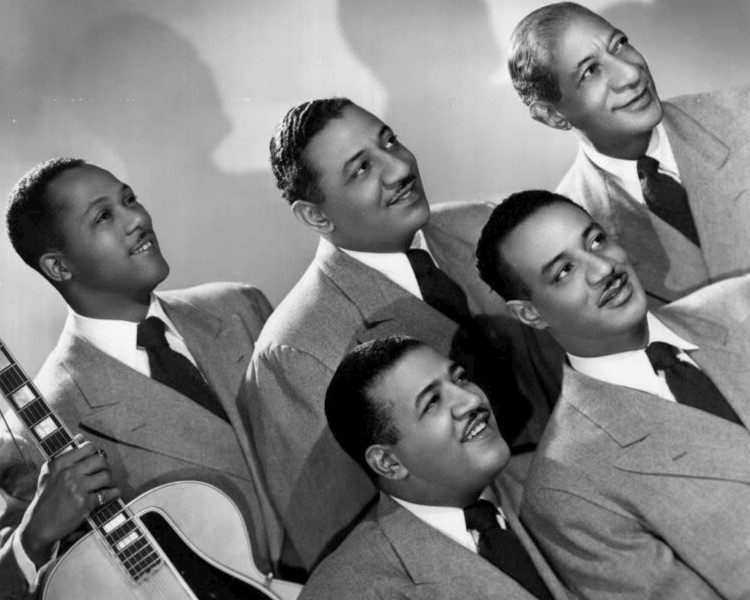 The biggest hit song of the Mills Brothers’ career, titled “Paper Dolls”, was made in 1943 and sold more than six million records. A few years after this song was released the brothers decided to drop the instrumental imitations and began adding regular rhythm sections or an orchestras to their arrangements. Their later hits included “You Always Hurt the One You Love”. In 1952, “The Glow Worm” became their last number one hit.

.The End of a Legacy.

John H. Mills retired in 1956, and the brothers continued as a trio, recording and performing regularly into the 1970’s. The act came to an end after Harry’s death in 1982, but Donald Mills in his last years performed the group’s hits with his son, John H. Mills II.