Keep it Classy: An Overview of Classical Music and the Black Contribution 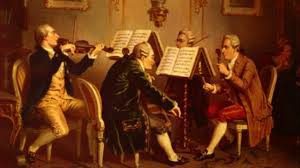 The classical music genre evolved from the baroque genre in Europe, from the mid-1700s to 1820. Classical music, in its origin, is dominated by European composers and was heavily influenced by Classical Greece and Rome, thus contributing to the naming of the genre. Classical is recognizable by its single melodies played by all instruments (homophonic melody), strict, symmetrical structure, and its light and elegant sound. The compositions of this era more-than-not fit the categories of Concertos, Symphonies, and Sonatas. Some composers considered to be the most pivotal of the period are Wolfgang Amadeus Mozart, Franz Joseph Haydn, and Ludwig Van Beethoven.

Socially, classical music aligned with the classicism of the mid 18th century, during which Europe sought architecture, literature, and arts that more closely emulated Classic Greece. The homophonic melodies of classical music stemmed from the economic circumstances which limited the number of resources available for composers to access to continue to create the complex music of the baroque period.

Musical theatre and the performance of music profited significantly from the genre as the light sound altered the way that music could be performed such as with comedic, light-hearted opera and trio and quartet performances. The majority of profit from classical music remained in European pockets by their ability to compose the music, have access to instruments to perform the music, and the opportunity to distribute.

The classical music era is arguably the basis for a lot of modern music and has influenced many artists and music structure. Classical music was the first opportunity in music history to popularize the idea of a chorus in formal composition. The African American contribution to the genre of Classical music exists, but it is not fully incorporated in the history of mainstream classical history and exists in its own sequestered realm. For example, classical violinist and composer Chevalier de Saint Georges was born to a slave but went on to live in Paris and compose a number of classical pieces that have been lost. Classical music is not always considered to be a genre of African American/Black contribution, understandably so, as Black people were not invited into its spaces of origin, mass production, and consumption; and even when they were, their work automatically became a part of a subgroup of classical music in historical records.

Nevertheless, there are so many amazing Classical musicians and performers of African descent that have made a lasting impression on the classical genre such as Mattiwilda Dobbs, Kathleen Battle, and William Warfield to name a very few. Simply being a classical singer in a realm that excludes you, as African Americans did, is an act of activism, courage, and beauty. An example of an embodiment of this concise summary of Black contribution to classical is the Colour of Music Musicians Festival that works to empower young, Black children to pursue classical music and raise their academic achievement! Check out more info here.